Super Rewards, an Web advertising company that offers points or other rewards to Web users who sign up for services, has been acquired by advertising conglomerate Adknowledge.

It is one of the largest acquisitions to date among companies that build services on social networking platforms.

Super Rewards’ offers — where social game players can earn virtual points to use in a game through signing up for Netflix subscriptions, mobile ringtone services, and other coupon-style ads — will now be offered along with Adknowledge’s other email marketing, display advertising and social advertising services.

The practice of letting users earn points while buying things they want seems here to stay — despite ongoing issues with scammy advertisers on social networks, and criticism of the value of sales leads through offers. Terms of this deal aren’t being disclosed, although sources have pegged it at $30 million (a number that Adknowledge says is “patently inaccurate”). I’ve previously heard that Super Rewards, one of the largest offer providers, is on track to make more than twice that number in revenue this year, although the company has never disclosed this. 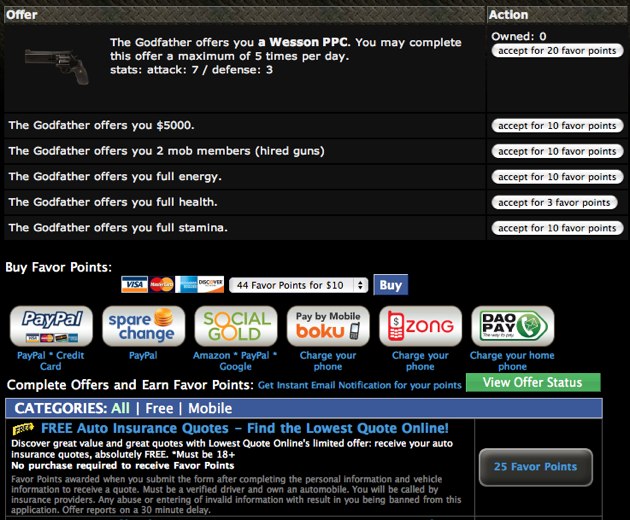 The circumstances around Adknowledge’s purchase of Super Rewards are also intriguing. I’d been hearing rumors about the deal since May. Indeed, earlier today, the two companies confirmed to me that they’d been talking for the past four months. Some sources said that Super Rewards previously tried and failed to be acquired; same with its efforts to raise venture funding. Super Rewards founder and chief executive Jason Bailey flatly denied these claims today, saying that numerous investors have been trying to put money in the company. Chief executive Scott Lynn seconded that statement, saying that the acquisition was extremely competitive.

Adknowledge’s purchase of Super Rewards is its sixth — and by far largest — purchase of a social media company within the last couple of years. And this is its most aggressive move yet to take advantage of the growing popularity of virtual goods in social games. On Facebook alone, gaming companies and partners like Super Rewards could see a total of more than $500 million by the end of this year, as we’ve covered.

While Adknowledge grew its other businesses organically, it has been trying to buy its way into social media advertising. The first move was its purchase Media Run, an online ad network based in the United Kingdom and Australia, for an undisclosed sum in November of 2007. The second came a month later, when it bought social network advertising network Cubics, also for an undisclosed amount. Then, a year later, it purchased formative Facebook data-tracking service Adonomics as well as the social network advertising assets of advertising company Lookery. Most recently, in March, it bought peer ad network Miva’s assets in an all-cash deal worth $11.6 million. 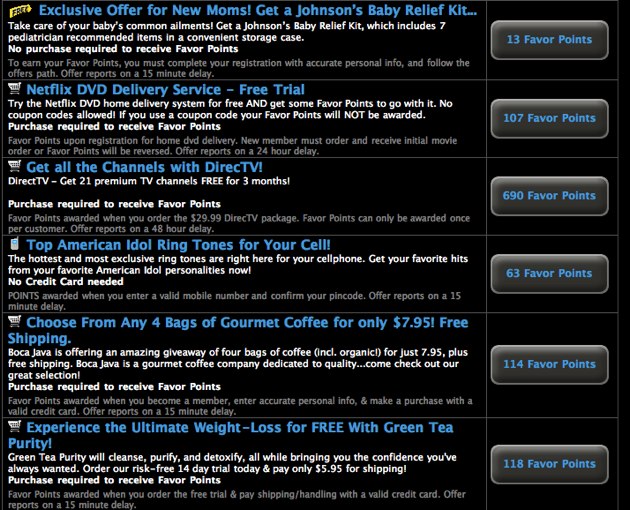 The explosion of virtual goods, partly fueled by offers, had at first spurred Adknowledge to develop its own offers service in-house. Adknowledge’s social media services get a combined 700M impressions a day. It watched as application developers would run its more traditional banner ads on social networks and make $1 for every $9 that Super Rewards was bringing them. While trying to compete in offers, Lynn says, it discovered that Super Rewards (and rivals like Offerpal) already had enough market size, technology and application publisher loyalty to make such a move difficult..

So now Adknowledge has Super Rewards, but what does this mean? Lynn says that his Kansas City, MO-based company is set to bring in more than $250 million in revenue, split “fairly evenly” between its email marketing, display advertising and social media businesses. This is a strong showing, after the company raised $48 million from Technology Crossover (TCV) in 2006. Today, it has more than 250 employees in 13 offices around the US and the world, and works with 50,000-some advertisers. Overall, the company frames itself as the first place advertisers should go when they’re trying to get reach beyond leading online advertising networks such as Google and Yahoo. In terms of Super Rewards, it is aiming to funnel its existing advertiser base into offers, including using its international sales team (which includes folks it acquired from the Media Run deal) to begin selling offers targeting countries outside of the US. Super Rewards has previously worked with a variety of ad networks, running as many as 20 different offers from a given network. So direct ad sales could make Super Rewards more lucrative.

Not every one of Adknowledge’s current advertisers will want to start using offers right away of course (although if they can make more through these ads than they spend on them, expect that to change). Bailey says he expects the highest growth in two categories. One is registration-based sites like other gaming portals and stand-alone virtual worlds (Habbo, Gala, etc.) — those advertisements make sense because people taking offers are already casual game players. The bigger, but less clear opportunity, is with companies that sell products that people would want to buy indefinitely. Netflix is one example of such a client, but Super Rewards — like other offer companies — hopes to get consumer packaged goods (CPG) companies in the mix. If a teenage guy needs to keep buying acne solution and wants to get more points in his favorite Facebook mafia game, then offers could potentially get him both.

Bailey also says growth is looking especially good in social networks. A year ago, 98 percent of its revenue was coming from social networks like Facebook and MySpace. Now, that revenue is only 70 percent. Other sites, including massive multiplayer games (MMOs), other gaming portals, and mobile applications are starting to come through.

Meanwhile, of course, other companies are pushing hard into offers. Chief among them is Offerpal, which has raised a total of $20 million dollars in venture funding, and was valued at $120 million after it raised $15 million earlier this year. I asked Offerpal chief executive Anu Shukla how much she’d sell her company for: She replied “$1 billion.” Meanwhile, smaller competitors like Gambit have also sprung up to try to get a chunk of the market. The concept of taking an offer to earn virtual points may become so popular that larger companies also move in. Alternatively, the positive results that offers have brought in might not last as users tire of the advertising content and the scams. There are a lot of unknowns; the area is still very young.

But, with the consolidation of Super Rewards into Adknowledge, the two companies could grab more of the market — and spur similar consolidation among rival advertising and virtual goods services. Stay tuned.