Ebay whups analysts with $327M profit — Bloomberg reports that the most-visited U.S. e-commerce website has reported sales and profit that beat analysts’ estimates. The San Jose, Calif., company reported second-quarter net income of $327.3 million, or 25 cents a share, on $2.1 billion in revenue. PayPal and Skype grew impressively, but the company’s marketplace sites such as Shopping.com didn’t do so well.

CalPERS takes its worst plunge ever — The California Public Employees’ Retirement System yesterday reported that the value of its private equity portfolio fell 31.4% between Q4 2008 and Q1 2009. We’ll have to wait at least another month for the underlying fund-by-fund data, however, as it first needs to be approved at an Investment Committee meeting scheduled for August 17. 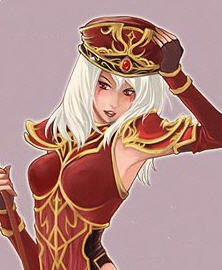 World of Warcraft movie will be directed by Spider-Man vet — The New York Daily News reports that Sam Raimi, who shook the money tree hard with his Spider-Man movies, has been signed up to direct a movie based on the life-sucking multiplayer online role-playing game World of Warcraft. America has more Warcraft players than farmers now, so it’s hard to imagine this film being a flop.

Gmail offers to automatically unsubscribe you from email lists — Lifehacker dug up the relevant Gmail help page that explains, “We’re providing you with an unsubscribe tool for some messages. You’ll see the unsubscribe tool when you mark a message from particular types of mailing lists as spam. If the particular message is a misuse of a mailing list you like to receive, you can Report spam as usual. But if you never want to receive another message or newsletter from that list again, click Unsubscribe instead. We’ll send a request to the sender that your email address be removed from the list.” 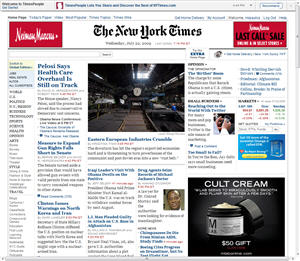 How the New York Times’ home page gets made — Those of you who totally worship the New York Times as the world’s news bible will enjoy the New York Observer’s long interview with the guys who craft the Times’ online homepage. Jim Roberts, the NYT editor who makes most of the judgement calls, considers his competition to be CNN.com.

MySpace to roll out webmail for members — Paidcontent.org got the scoop that MySpace members will be able to have @myspace.com email addresses later this year. I only have one question: What took them so long?

Apple downplays flaming-iPod incidents — Seattle TV station KIRO-7 has been chasing paper for seven months. They’ve finally struck paydirt: An 800-page report from the Consumer Product Safety Commission that lists how “on a number of occasions, iPods have suddenly burst into flames, started to smoke, and even burned their owners.”