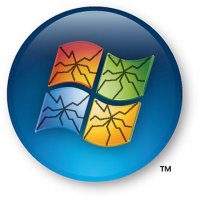 Today, Microsoft announced revenue of $13.1 billion for its fourth quarter ended June 30 — a 17 percent drop since last year. At the same time, its net income fell 29 percent. Attributing these declines to the softening PC and server markets, the company argued the stats still demonstrate efficiency during tough economic times.

Chief financial officer Chris Liddell went as far as to say, “In light of that environment, it was an excellent achievement to deliver over $750 million of operational savings compared to the prior year quarter.” This is some fierce spin, considering that the numbers even came in under Wall Street expectations. Most analysts had predicted revenue of at least $14.37 billion. It even performed worse than Yahoo, which aired its 13 percent year-over-year drop in revenue on Tuesday.

The announcement also brings Microsoft’s fiscal year to a close. Overall, the company brought in $58.44 billion in revenue, a 3 percent drop from the previous year. Significantly, this is the first time the company has reported a dip in full-year revenue in its three-decade history. Its net income totaled $14.57, an 18 percent decline.

This sounds pretty negative, but management argues that the last year was a big one for the company, with a lot of innovation and a lot of associated costs. Perhaps most significantly, it put the finishing touches on its Windows 7 operating software, its limping decision engine Bing, and its newest Windows Server. Reaching these milestones reduced operating expenses by $105 million, the company says.

On top of these sources of spending, Microsoft had to throw $193 million at legal services over the course of its fourth quarter.

It’s also worth noting that the quarter results released today include a deferral of $276 million of revenue associated with the Windows 7 upgrade option program.