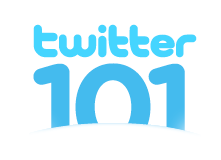 Beyond the basics covered in the guide Twitter released last night, the most interesting part involves case studies showing how companies are using the microblogging network to build customer bases. As internal company documents released by a hacker last week show, the company is very much improvising its business model, but the case studies give an idea of where Twitter thinks its adds value.

Kill direct mail: NAKEDPizza wanted to find a way around direct mail, which can cost $2,000 to $3,000 for a database of names. The company decided to build a community of followers on Twitter, sending them direct promotions which brought in 15 percent of a day’s business in a test run.

Be the new coupon: Dell is the standout example for this, claiming $3 million in revenue directly from its Twitter accounts. Deals on any of Dell’s 80 Twitter accounts get retweeted and picked up by other coupon sites, spreading the company’s brand name.

Customer relationship management: This is another fairly common way of using Twitter and one that Salesforce, CoTweet, Buddy Media and others are trying to incorporate with their third-party solutions.  (Indeed, the absence of any mention of third-party applications on the Twitter 101 site feels rather conspicuous.) A company will scan the search page, looking for people tweeting about their brand and if they’re unhappy the company will try to resolve in some fashion. Both Pepsi and JetBlue do this.

New customer and business partner outreach: David Brookes, who does sales and marketing for Teusner Wines scanned Twitter and started following other people tweeting about wine or about Teusner’s products. He reached out to them with direct messages, creating more loyal customers.

Market research: Etsy, which is a marketplace for handmade arts and crafts, uses Twitter to learn about which of its items have become popular and what design blogs community members are following.

Sentiment analysis: Pepsi batches its tweets and analyzes whether the language has become more positive or negative from week to week. There are third-party developers who have built tools for smaller companies to do this like TweetFeel, which can do sentiment analysis on Twitter searches.