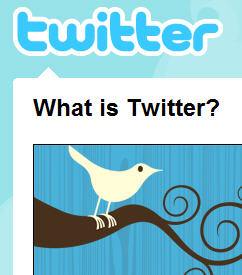 Twitter founder Biz Stone has confirmed to BoomTown reporter Kara Swisher that the company will finally fix its home page, which has a few basic problems that have very likely cost the company members and money by not engaging new users.

There are three big problems with Twitter’s front door that are readily apparent to website builders. First, it’s not clear to first-time visitors what Twitter is about. Stone told BoomTown that the new home page won’t require users to create an account to test-drive Twitter. “You can try it out without having to sign up, so you can get an idea of what Twitter is before you use it,” he said.

Second, Twitter has until now practically hidden its search box. The only link to it on the home page is at the very bottom, hidden between text links for “API” and “Business.” It’s likely that users aren’t finding it, and thus aren’t searching Twitter. The new page will make a search box the central focus, inviting visitors to explore Twitter’s content. It will also show off the real-time aspect of Twitter’s available information, with new tweets on some topics being posted every few seconds.

Finally, the new page will present real-time information gleaned live from Twitter. The site’s ever-changing mix of topics tagged with hashtags (currently hot: #blogher09) can keep users reading for hours. The Trending Topics list displays what people are tweeting about the most. It’s a real-time tracker of what the Net’s hot conversation topics are. But Trending Topics is currently shown only on member pages and not on the home page for users who aren’t logged in.

Stone said the current home page, shown above, doesn’t give any clue that Twitter is alive and wriggling with ongoing conversations, far more than most other websites. By showing newcomers those conversations in action, Twitter will hopefully be able to convert uninformed doubters like Dave Letterman who think of Twitter as a waste of time. “We want it to show us as a place where people can discover what is going on in real-time and much more,” he said.