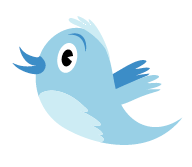 O2 is becoming the second mobile operator to revive full SMS text messaging capabilities in the United Kingdom after Twitter cut the service last fall because of costs. (Users can send updates viatext message to Twitter but, unlike in the U.S., can’t receive updates). Co-founder Biz Stone said there are no extra charges for this beyond standard texting rates. Users can activate the service in their account settings and the shortcode for texting in the U.K. is 86444.

Vodafone signed a similar deal in March, agreeing to let customers to send updates at no additional cost. The deal opens the door to more active Twitter usage in the U.K. for people without smartphones or third-party Twitter applications on their phones.