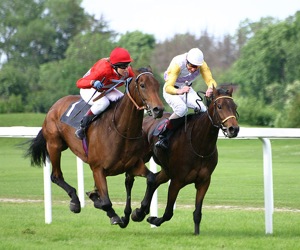 Yola, one of the better-known among a recent wave of easy-to-use website building tools, just announced that it has hit the 2 million user milestone. That means it doubled its user base in about six months, after taking more than a year to hit the 1 million user mark.

I was surprised to hear those numbers since I usually think of Yola as chasing competitor Weebly (at least in terms of users), yet I hadn’t heard a similar announcement from Weebly. But that doesn’t mean Yola has won the popularity contest — when I emailed Weebly chief executive David Rusenko for comment, he said Weebly also crossed the 2 million user mark a few months ago. So we’ve got two companies going from 1 to 2 million users in the space of less than a year. (I also wonder if we’ll see more migration to Weebly, Yola, and other companies like Jimdo as Yahoo shuts down its GeoCities website service.)

Of course, what matters isn’t just how many users a service has, but how much money it can make from them. Both companies offer a free version, then sell users domain registration and additional premium services (I am a Weebly premium customer); after the GeoCities announcement, both Rusenko and Yola chief executive Vinny Lingham published blog posts saying that business model makes more sense that the old, ad-based system.

As part of its 2 million user announcement, Yola is also holding a contest called The Yola Makeover Challenge, where businesses who want a shiny new website are invited to apply, then the winning business will choose a redesign from the top entries (initially selected through public voting) submitted by graphic artists and web designers. The winning designer will receive $2,000.