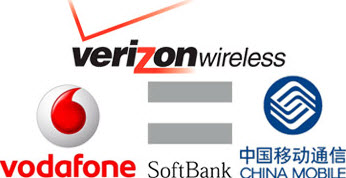 The details will come at Verizon’s developer conference in San Jose.

The carriers announced an agreement to establish the Joint Innovation Lab in April, but didn’t disclose many details at the time. China Mobile gave a sneak preview of some elements of JIL at VentureBeat’s MobileBeat 2009 conference two weeks ago.

The Joint Innovation Lab has five elements, we learned at MobileBeat:

The consortium will 1) offer its own software developer kit (SDK) and 2) open up handset and service application programming interfaces (APIs) to developers. Until now, a developer has been forced to design an app to work with the dozens of handsets supported by each carrier. Now, however, Verizon says it will offer tools so developers can write one app that will work on all handsets developed under the JIL standard.

Finally, 5) JIL developers will be able to submit their apps to an Verizon’s VCast app store which will work across multiple handsets and operating systems, including RIM, Android, Windows Mobile, Palm, Symbian [clarification: In our first version of this story, we wrongly referred to a JIL app store, in fact it Verizon’s VCast store]. The store will be operated by Qualcomm, Moconews reported yesterday, something that Verizon and Qualcomm will separately confirm with announcements later today. Through its “Plaza” product. Qualcomm enables carriers to manage pricing, licensing, promotions and other attributes of the store. The deal with Verizon is a significant success for Qualcomm Plaza, with more such carrier deals likely to follow. [clarification: in our first version of this piece we wrongly referred to the Moconews story which turns out to be wrong, according to Verizon]. The storefront will be available on the internet, mobile web and through a portal on the handset. [update: in a separate announcement RIM and Verizon announced that the VCast app store will also support the Blackberry SDK from the start, with other SDKs of “devices running on the Verizon network” to follow].

In yesterday’s Verizon second quarter 2009 earnings conference call, Ron Lataille, the company’s senior vice president of investor relations said: “Our goal is to have our App Store up and running by the end of the year.”

Verizon executives are clearly trying to framing JIL favorably as a developer platform, in comparison to the iPhone: Verizon Wireless CEO Lowell McAdam told BusinessWeek two days ago: “I am not here to bash anybody, but if I could write one application that could touch every iPhone customer or one billion customers, who am I going to write for?”

It remains to be seen whether JIL will offer what it takes to make it a true rival of the Apple app store. It’s easy to talk about integration and common standards, but it’s another to deliver. The four carriers and their partner Qualcomm seem to believe they can make things work, but it’s very likely significant fragmentation issues will remain. Each carrier provisions their network slightly differently. They use different frequencies authentication methods and roaming agreements, for example. However, it’s quite possible that shared investments and reduced decreased time-to-market for new services could yield significant efficiencies.

VentureBeat will be covering the conference, along with the financial terms and other incentives offered to developers that will likely be announced during the day. You can sign up for the Verizon developer community here.