Michael Milken-backed business advice site goes live — Bizmore is a new businessperson-to-businessperson advice site aimed at small business and small enterprise execs. The site, which I’ll disclose that I worked on for all of three days last year, aims to fill a perceived gap in sound business advice on the Internet at sites like BNET. In fact, Bizmore stole BNET editor Jeff Davis to be its editor in chief. The New York Times reports on the site’s funding and management team, but notably doesn’t have a quote from Milken. My cheap advice to Bizmore was: “Post one message per day from Michael Milken’s BlackBerry,” but it’s not clear yet if the site’s biggest name will play a regular role.

Microsoft deal doesn’t help Yahoo’s stock price — Chief Yahoo Carol Bartz claimed her company’s search and advertising deal with Microsoft would deliver “boatloads of value” to Yahoo. Wall Street does not agree. The New York Times runs down the main reason: Traders had hoped, and had been led to believe by pontificators, that Microsoft would hand Yahoo an up-front payment of as much as $1.5 billion. Microsoft’s upfront payment? Zero. Yahoo’s ship, the Times concludes, has yet to come in.

Palm investor’s forecasts for Pre sales prove utterly, totally wrong — “You know the beautiful thing: June 29, 2009, is the two- year anniversary of the first shipment of the iPhone. Not one of those people will still be using an iPhone a month later.” Elevation Partners co-founder and Palm investor Roger McNamee gave Bloomberg that zinger in March. Hey, that day is today! TechCrunch dutifully reports that Palm sent the SEC a list of ten corrections and clarifications to McNamee’s claims, of which this is the best:

8. The statement in the second paragraph of the article that “not one” person who bought an Apple, Inc. iPhone on the first shipment date “will still be using an iPhone a month” after the two-year anniversary of that day is an exaggerated prediction of consumer behavior pattern and is withdrawn.

Linux alpha geek quits on “benevolent dictator” Linus Torvalds — British software developer Alan Cox has for years been the unsung hero of the Linux operating system, keeping parts of the open-source system “rock-solid” and leaving Finnish founder Linus Torvalds free to work on the next version. But after a recent online spat with Torvalds over a bunch of stuff most of us are unable to follow, Cox has abandoned his role. It’s important because Torvalds has for years failed to produce a succession plan should anything happen to him. No problem, Linux fans said. Alan Cox will handle it. Slashdot reports that Cox has handed over his keys to his part of the source code with the parting words, “I no longer care.”

Windows Mobile will be renamed Windows Phone — It’s such a seemingly small change, but look again. Microsoft has dropped the phone industry’s inane use of the adjective “mobile” as a noun, and will instead call its product what normal people would: A phone. Besides, is there any other kind of phone besides a mobile one now? Beyond the welcome return to English, Microsoft is also distancing its product from the pre-iPhone reputation of the mobile phone industry. You know: Rip-off pricing, a weak choice of “on deck” apps chosen by executives far from customers’ hands, and gibberish model names and numbers that don’t mean anything. Here’s a thought, Microsoft: Make it shockingly easy for us to Bing ourselves a Windows Phone. 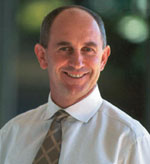 Microsoft pledges to return to Bill Gates-era frugality — One last Microsoft item: Don’t forget that Redmond’s unsinkable Titanic of software suffered its first annual drop in sales ever this past quarter. Chief financial officer Chris Liddell told Bloomberg that the the company has found ways to save a few hundred million dollars a year by operating its data centers and software distrubution methods more efficiently. They’ve ditched failed YouTube competitor SoapBox, and laid off the entire Flight Simulator team. “This is not a crash diet where you stop eating for a couple of quarters — this is a new diet regime where you slim down and stay slim,” Liddell said. We know this will lead to cheap shots at CEO Steve Ballmer’s girth, so we’ll say this: Follow Ballmer to the Microsoft gym some morning and see if you can keep up.