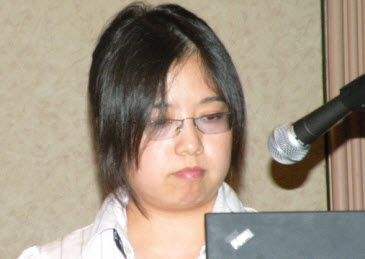 A security researcher at the Defcon security conference has proposed a way to get news feeds into countries that ban them via email clients. The proposal aims to simplify the process by which Internet users in censored countries can get uncensored news, making it useful in countries such as China and Iran.

Sho Ho, a researcher at the federal government’s Broadcasting Board of Governors program — which sponsors Voice of America and other programs — proposed a project that could circumvent attempts to crack down on censored web sites.

The Feed Over Email program is the equivalent of a proxy-less RSS reader, Ho said. It uses U.S.-based email programs such as Gmail as delivery vehicles.

Typically, foreign governments censor web sites such as CNN.com by blocking the Internet Protocol (IP) address they use. The web sites respond by changing their web site IP addresses, or they send users to proxy servers. But the authorities can block the proxy servers whenever they find out about them. So users face the hassle of constantly switching proxy servers to get their news.

The censors can also use deep packet filtering to block sites containing certain keywords. Users can encrypt the data, making it harder to do real-time filtering. The Chinese government has also done things such as renaming the addresses of web sites such as Google so mail will go to the wrong web sites. The Chinese government also sought to impose censorship software, dubbed Green Dam Youth Escort, on all PCs sold in China. It backed off on that plan after a public outcry.

With FOE, Ho suggests using a specially formatted email to transfer RSS feeds or other types of news. It’s just like sending an email with HTML code in it. To do it, a user needs to create an email account that is hosted outside the censored country. The reason is that mail services in censored countries may censor FOE messages.

The client and mail server have to be encrypted to bypass the deep packet filtering. The user selects which feeds they want to receive. When the FOE server gets the request, it emails the feed back to the client’s email address, verifies the content, and then displays the feeds on the client’s screen.

Ho said the FOE system is user friendly. The RSS feeds can be erased, and future versions might let a user delete the software quickly, in case authorities arrive. The FOE emails will work with all operating systems. It can accommodate news features such as news feeds, podcasting, small file downloads, the distribution of proxy server locations and push announcements. It doesn’t work well with large files, proxy serving, or real-time apps such as Twitter. It can work with mobile phones. Ho said work is just beginning on the project and is looking for programming help.