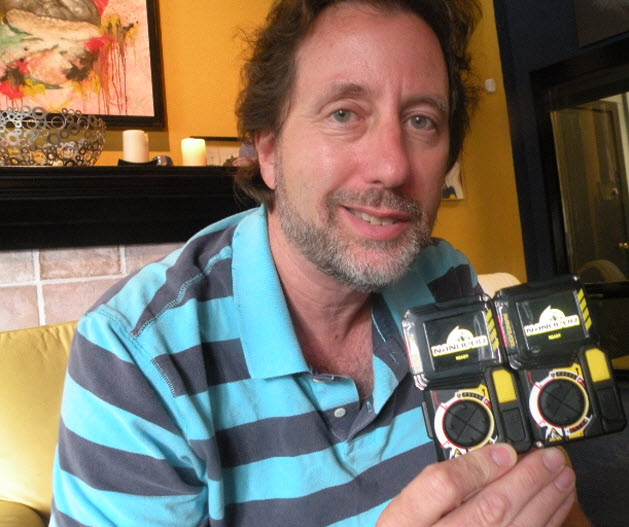 If there is such a thing as a serial entertainment entrepreneur, Jordan Weisman is it.

He’s been making toys and games for decades and is at it again with a new company called Smith & Tinker, which today is announcing Nanovor, a kid-oriented web game that is fused with a portable gadget.

Kids can create their characters on a web site, download them into the gadget and then stage fights with their friends by connecting gadgets together. The idea is to “connect, collect and battle online.” It’s a cool way to move multiplayer combat games from the Nintendo DS or playing cards to fresh territory.

“This is about reinventing toys for a connected generation,” Weisman said in an interview in Seattle.

It’s an ambitious effort, with eight to 10 different major elements all working cohesively in a common digital infrastructure. And it’s exactly the way you would design a modern entertainment company with new kinds of gadgets, web play, and business models. If Weisman succeeds, his Seattle-based startup will grab a piece of the multibillion-dollar market for hybrid toys and games — which is dominated now by players such as Nintendo, UB Funkeys, and Webkinz. The game is a new take on battle games like Pokemon, which continues to be popular even though it was spawned on playing cards before it became a hit video game and toy series. More recently, WebKinz has pioneered a model where you buy a plush toy and then redeem a code to unlock some fun stuff on the web.

But Weisman said his game will tie the web and portable gadget experience together tightly. First, Weisman’s team has created a series of weekly anime films to advance the story of Nanovor, which is short for Nano Carnivores, the oldest living creatures on earth. In the game, a boy and his scientist friend discover that silicon chips are enfused with tiny nano-sized creatures dubbed Nanovors. They come to life inside computer hardware when electricity pulses through the chips. 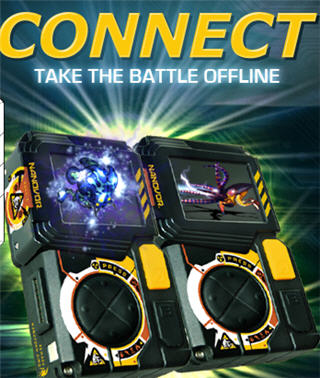 The online version is launching today; you can collect your Nanovors and battle with friends online. In October, the company will begin selling a $49.99 handheld, dubbed a Nanoscope. It will go on sale at Target, Best Buy, Toys ‘R Us and Amazon.com. A major TV advertising campaign will start in September. But Weisman will be running the business as a service, launching new kinds of content every four months, much like the way that card game makers issue new cards periodically.

You can capture the Nanovor and modify them or train them so they can fight better. You do so using easy-to-use web tools. Then you plug your Nanoscope into a computer, download the Nanovor into it, and take it with you to battle with friends. On the Nanoscope handhelds, you pick your team of fighters and then connect your gadget to your friends’ gadget. A magnet locks them together. Then the fight ensues automatically and you see the results on your screen. The fighting goes on until one eradicates the other, producing lots of green slime in the process. (There is no blood, as the game is aimed at younger boys, ages eight to 12).

“I call it Pokemon meets Tamagotchi, if it were directed by Quentin Tarantino,” Weisman said. 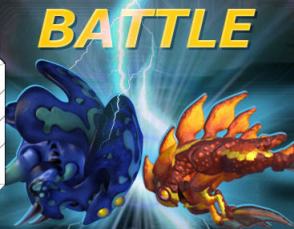 You can collect a variety of Nanovors, which come in 12 different family trees. Each character has different kinds of defenses and attacks. One part of the business model is virtual goods: You start with a certain number of points and can spend them on customization. With customization, the combinations of characters are endless. You can earn points through battle or spend your own money. Game battles take a matter of minutes to execute. But mastering the strategy behind the game requires a lot of time and thought.

After the battles are fought on the handhelds, the results can be uploaded to the web via the USB cables. Then the stats are integrated across the player community dubbed Hanover High, where players can find out who were the first 100 people to discover a certain character. If your Nanovor handheld is stolen, you can always replace it and download characters into it again. The handhelds will come with three Nanovor characters preloaded onto them. They can hold as many as 10 characters.

You can trade items to make your character more valuable. But there are some controls. With Pokemon, a lot of kids come home from school crying because they discover they traded a rare Pokemon card for something cheap. With the Nanovors, a market price will always appear when you’re about to do a trade. That market price is based on the actual trades within the community.

The effort is one of the biggest bets I’ve seen in this business in a long time. Weisman has lined up an all-star team with a total of 50 employees. His partner is Joe Roelandts, a former executive at Hasbro and Disney. Shane Small, a veteran game designer who has worked with Weisman for years, led the design of the characters.

Weisman has a long history in games. He started making toys and games in 1980, when he founded FASA, which made the Shadowrun and BattleTech toy and game franchises. He founded Virtual World Entertainment, a virtual reality franchise, in 1987 and sold the company to Disney in 1992. He started a video game version of FASA, FASA Interactive, in 1995 and sold it to Microsoft in 1999.

In 2000, he founded WizKids, which made a variety of fantasy games like Pirates of the Spanish Main, and sold that to Topps in 2004. And in 2003, he founded 42 Entertainment, which made alternate reality games such as ilovebees, an award-winning treasure hunt style game that Microsoft used to promote the launch of Halo 2.

In Seattle, he founded Smith & Tinker in 2007. He licensed the game rights to his old games from Microsoft: Shadowrun, MechWarrior and Crimson Skies. In turn, Smith & Tinker has begun to license game developers to create new games based on those familiar franchises. But the real purpose behind the company was to create Nanovor.

The company name is an appropriate one for a company based in the Emerald City. It’s named after two minor characters in the Wizard of Oz books. Smith was an artist, while Tinker was a mechanical genius. That’s the sort of touch that typifies Weisman, who named FASA after a reference to a Marx brothers movie, Duck Soup.