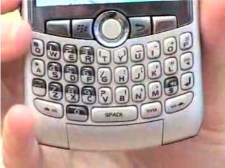 The latest smartphone market report from analysts IDC claims that despite all the buzz, attention and money thrown at iPhones and anything to do with iPhones, the new iPhone 3G S came in second to BlackBerry’s Curve as the phone most bought in America in the second quartery of 2009.

If you’re not convinced, you can always criticize IDC’s methodology. Because neither phone makers nor wireless carriers divulge their sales numbers for individual models, IDC interviews sources in the industry, including parts manufacturers, and scours all other available data. The company’s analysts then attempt to reverse-engineer, say, how many Curves were sold by BlackBerry to wireless carriers and other sales channels. But IDC doesn’t attempt to guess how many of those phones end up in consumers’ hot little hands. So this is list is a best guess, rather than a carefully measured ranking.