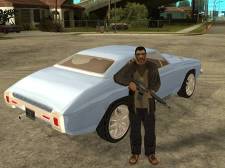 At today’s sessions of the SIGGRAPH computer graphics conference in New Orleans, a group of hardware and software makers that includes browser makers Mozilla, Opera and Google announced their plans to deliver built-in 3D graphics in Web pages that won’t require a plug-in or add-on to the browser. Early adopters may get to try it in a few months. The rest of us will probably see it arrive on our screens the second half of next year.

WebGL, as the new technology is known, is easily described as a browser-based version of OpenGL, the Open Graphics Library specification developed by Silicon Graphics in 1992. You can run OpenGL in a browser today using a plug-in from Unity Technologies, but native support from the big browser makers will eventually put this technology in front of a much larger, less technical audience.

OpenGL is currently used for video games and for the slick Mac OS X interface. Your Windows PC already knows what to do with it. WebGL will extend OpenGL by allowing websites and Web-based services to access and control OpenGL through Javascript, the programming language that can be built into Web pages.

A press release from Khronos, the industry consortium that will oversee the WebGL spec, includes AMD, NVidia and Ericsson as companies committed to making WebGL available on their PC chips and mobile phones.

A better way to look at this list is: Who’s missing?

Microsoft’s support will be crucial, because of its large user base for Internet Explorer. The company has its own technology, DirectX, that competes with OpenGL. So it’s possible it’ll decide not to build OpenGL into its browser.

At this point, though, it’s early enough in the game that Mozilla, Google and Opera’s promises to put it in their browsers is sufficient to make WebGL feel like something that’s going to really happen.