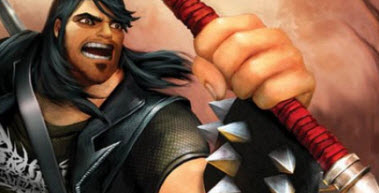 Has Electronic Arts gotten over the worst of its slump?

It’s a big question, since EA is one of the biggest independent video game companies. Wither EA goes, so goes the industry. And EA chief executive John Riccitiello dropped some interesting tidbits about where the company is going during today’s earnings conference call.

For the past four months, the console video game industry has been sinking, as the recession bites gamers and free games take their toll. EA did better than analysts expected in its first fiscal quarter, which ended on June 30. As for the overall industry, Riccitiello said, “The industry is weaker than originally expected and we remain cautious on macro events.”

But EA saw good results from its Sims 3 title, and it should see good sales in the second fiscal quarter ending September as a result of sales of its Harry Potter and the Half Blood Prince game, timed with the Warner Bros. movie. Harry Potter already sold more than 1 million in the June quarter, but the bulk of sales are likely to be in the second half of the year. EA stock is up slightly at $21.98 a share in after-hours trading, but it remains far below its $50.17 a share peak over the past 52 weeks. 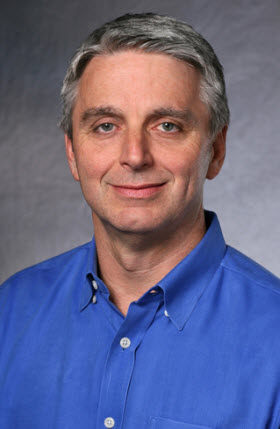 EA still expects to lose money in the fiscal year ending in March 2010, but Riccitiello was optimistic about the second half of the calendar year. While other game companies have been delaying big titles in recent weeks, EA stood by its major release schedule for the rest of the year, which includes titles such as Mass Effect 2, Dragon Age, Left 4 Dead 2 and Brutal Legend. Early next year, EA expects to launch Dante’s Inferno.

All of those titles got a lot of praise when previewed at the recent E3 trade show in June. Riccitiello said EA would put a lot more marketing effort behind each title and pay attention to the crowded release schedule in the holiday season. So far, it’s good for EA that competitors such as Take-Two Interactive have delayed game launches such as BioShock 2 until next year. If EA keeps its games on schedule, it could benefit from the fact there will be less competition in the fall.

The music sales category was down 52 percent for EA, thanks to tough comparisons for its Rock Band titles from a year ago. It should get a shot in the arm when the The Beatles Rock Band launches in September.

But the casual sports sector had a surprise: EA Sports Active sold 1.8 million units so far, the strongest launch of a brand new game that EA has had on Nintendo’s Wii console. EA sold that game in new stores, such as Sam’s Club, Costco and sporting goods stores. It also marketed the game on places such as QVC, the TV shopping channel.

As a result of the success of EA Sports Active, Peter Moore, head of EA Sports, announced that the company would shift resources from its tennis game team and pump out a new EA Sports Active expansion pack this fall. Moore said Fight Night Round 4 sold well, but initial sales of EA’s NCAA football game, launched in mid-July, has been weaker than expected. The college football season hasn’t started yet and game sales could pick up once it does, Moore said.

EA and other software makers would love to see price cuts coming this year for the hardware platforms. To date, next-generation consoles — Wii, PlayStation 3 and Xbox 360 — have sold 75 million units in Western markets. In the last generation, more than 125 million units were sold. This time around, more hardware units have been sold at higher prices. Riccitiello said that hardware price cuts would be welcome and would likely have good effects.

Riccitiello said that many observers believe that micro-transactions where players buy virtual goods for real money will become the predominant business model. That model has done well in Asia, but not as much in North America. Riccitiello said he wasn’t so sure about that and believes that subscription revenues from online games will also play a big role. He said the company is seeing good virtual transactions on Pogo.com, EA’s casual online game site, but he said that Asian players might be bigger fans of virtual goods than U.S. players. (He didn’t explain why).

It’s worth noting that digital business models (downloadable games, virtual goods/micro transaction models, online game subscriptions) are still generating only about 14 percent of EA’s revenue. Fifa Online has launched as an online-only game in Asia and has more than 10 million users. EA is adding new sports titles such as NBA Street and a Tiger Woods online title as well. EA also sold 600,000 copies of its Battlefield 1943 title, which was released as a downloadable game on the Xbox 360 and the PlayStation 3.

Thanks to such success, the digital business grew fast, with sales growing 38 percent from a year ago to $124 million. And while EA is a leader in iPhone games and is very excited about the category, all of EA Mobile’s revenue is only about $50 million, or 6 percent of revenue.

As excited as some startups get about these business models and new platforms, they are still small in the grand perspective of the video game industry’s overall revenues. EA itself is targeting 25 percent growth per year in its digital businesses. Although EA grew faster than that in the first fiscal quarter, it is not banking that the 38 percent growth rate will continue.

As for game prices, Riccitiello said that prices for good games are holding up well. EA’s big focus remains on getting better profit margins. But it isn’t predicting how it will do in its fiscal year 2011 yet. As for the far future, Riccitiello said that EA is still doing something with its neglected Medal of Honor franchise, but isn’t ready to talk about it yet.