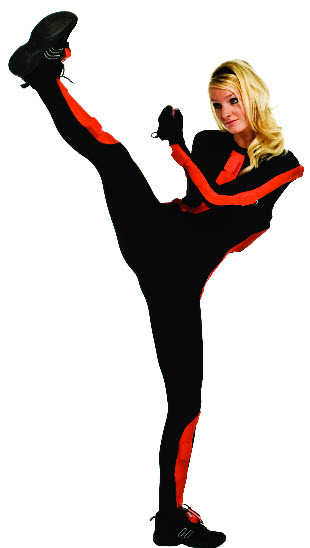 Motion capture is one of the technologies that Hollywood and game publishers can’t live without. It’s an expensive process that captures the motion of human actors and translates it into digital form so that artists can create more realistic animations of humans on the move.

Xsens Technologies says it can make motion capture much easier and more accurate with its Xsens MVN, a body suit with dozens of sensors that trace movements with extreme precision. Today, the Enschede, Netherlands-based company is announcing that it has signed up some prominent customers for its motion capture technology. One new customer is Double Negative Visual Effects, which created the special effects in Angels & Demons and Harry Potter and the Half Blood Prince.

Double Negative will use the new motion capture system in future films. The company didn’t say which films, but Double Negative is working on films including Harry Potter and the Deathly Hallows: Part 1, Iron Man 2, and Prince of Persia: The Sands of Time.

The Xsens MVN body suit contains 90 Analog Devices sensors. That includes 17 accelerometers and gyroscopes. Both sense motion so that the suit can capture 360 degrees of body movement. It’s necessary to capture that much data because animations are becoming more and more realistic. With so many more pieces of data, the motion capture system no longer needs to use special cameras, said Hein Beute, product manager at Xsens.

That cuts down on the costs of doing motion capture. Moreover, now the work doesn’t have to be done in a motion capture studio. Casper Peeters, chief executive of Xsens, said the motion capture system can now be moved anywhere the movie set is located, as the sensor data is transmitted to a laptop.

The systems still costs tens of thousands of dollars and thus can’t be used in dirt-cheap films. But they are a good example of the spread of cheap sensors. The accelerometers cost $1 to $2 each now, far cheaper than other kinds of sensors, while the gyroscopes are $3 to $4. Thanks to the use of accelerometers in the Nintendo Wii game controller, there has been a grand awakening as to the power of motion sensors, says Howard Wisnioski, an Analog Devices spokesman. The accelerometers are a 20-year-old technology and are part of the micro-electro mechanical semiconductor (MEMS) business that represent one of Analog Devices’ fastest growing businesses.

Chris Edwards, chief executive of visualization studio Third Floor Studios, said the Xsens MVN technology is particularly useful in previsualization, or the stage of production when directors are trying to set up a scene.

Aside from movie makers, game companies have also used the technology. Guerilla Games used an early version of the suit to capture lifelike movements for the Killzone 2 game, one of the most realistic titles for the PlayStation 3. Sony Pictures Imageworks and Insomniac Games are using Xsens MVN in upcoming works.

Xsens, which is displaying its wares at the SIGGRAPH conference in New Orleans, also said it has launched a partnership with Time Domain Corp., a wireless technology company. In that alliance, the companies can blend their technologies to get precise locations of actors and other objects on the set.

This stuff seems interesting enough for professional special effects people. But one of these days, all of us will have these body suits so that we can play video games in real time, translating our whole body movements into games. Companies like Microsoft and Sony are already working on that technology. But it will be interesting to see if Xsens technology could become useful in consumer markets down the road.