Your sales force if your company’s lifeblood. No matter how good your product is, it won’t sell itself, no matter how much you believe otherwise. Establishing a competent, effective team to draw customers is often challenging for entrepreneurs, though, who would rather focus on research and development or chase VCs. 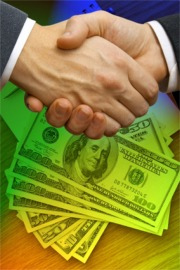 First off, a few disclaimers: I’ve never been a sales person. I’ve never even played a sales person on TV. All the points below have been pulled from startup sales teams that I think work pretty well (including the team at my marketing software startup).

1. Don’t hire sales people too early. In the early days, the founders should be able to sell (and should be selling).

2. You don’t need sales people, you need sales. Don’t think VP of Sales – think “Revenue Engineer”. (Not the greatest analogy, but just like you won’t hire a development “manager” as one of the first 5 people in a startup, you shouldn’t hire a sales “manager” either). Don’t get caught up in fancy titles – focus on dollars in the door.

3. Don’t hire several sales people at once. Your goal is to figure out the “pattern” of what kinds of people are best based on what you’re selling and who you’re selling it to. You need some feedback from the system so you can continue to iterate on your hires.

4. If you’ve never hired or been around sales people before, be prepared for a bit of a shock to the system. They’re not bad people, they’re just different. If you’re an introverted geek like me, it’s helpful to remember that your startup needs to sell stuff.

5. Resist the temptation to create complicated compensation plans. If it requires a spreadsheet to figure out the commission, it’s too hard. You’ll have plenty of time to confuse sales people later – start simple.

6. Agile methodologies can work in sales as well. Iterate! Refine your demo script, your slides, and any other collateral information. Capture the lessons learned by the best-performing people and spread it to the rest.

7. Sales people will generally act in mostly rational (but often surprising) ways based on incentives. The rules of the game define the behavior of the players. You were warned.

8. Always connect incentives somehow to ultimate customer happiness. If you reward just “deals getting done”, you’ll get deals – but at too high a price. You might get push-back that sales people don’t control/influence customer happiness, but they do. They “pick” customers. They set expectations. And they control the degree of “convincing” applied.

9. Make sure you understand the economics of your business. Figure out your total COCA (Cost of Customer Acquisition). This includes sales people, marketing people and marketing campaigns. Quick example: Lets say you paid a sales person $10k, a marketing person $10k and you spent $5k on Google AdWords (for a total of $25k) last month. If you sold 10 customers last month, your COCA is about $2,500. Different businesses have different needs in terms of sales vs. marketing spend. Make sure neither is too far out of whack.

10. Your life-time-value (how much revenue you expect to generate per customer) should be higher than your COCA. (No, I did not need a degree from MIT to figure that out.) Once your LTV is a multiple of your COCA, you’re ready to start turning the knob and scaling the business a bit (hiring more sales people). But, if your LTV is way lower than your COCA, proceed with caution. If there is no hope for LTV getting higher than COCA, you’ve got a problem. Don’t try to hire additional sales people until the economics sort of make sense. If the car is pointed towards a brick wall, hitting the accelerator is not a good idea.

11. Track data maniacally (even if it’s just in a spreadsheet). Information you will want includes: What was sold, who sold it, when, for how much, etc. This data will be invaluable later as you start to scale. For example, you should be able to answer the question: We had 14 customers cancel last month – who sold those customers? Is there a pattern? In the early days, you likely won’t have the volume (or the time) to analyze the data – but you should at least capture it for future use.

12. Your pricing should be in line with your sales structure. For example, you can’t expect to have an outside sales force (that meets with customers in person) if your average deal size is only $10,000. The math won’t work.

13. Once you get beyond three or so people, running your sales in a spreadsheet will become painful. Start looking at CRM systems (like Salesforce.com).

14. Start watching the shape of your “funnel” as early as possible. How many leads are you getting a month? How many turn into opportunities? How many of those convert into paying customers? Once you understand your funnel, you can slowly start tweaking your system to fix the “leaks”.

That’s all I’ve got for now. For those of you that have built early-stage sales teams, what are your ideas and insights?