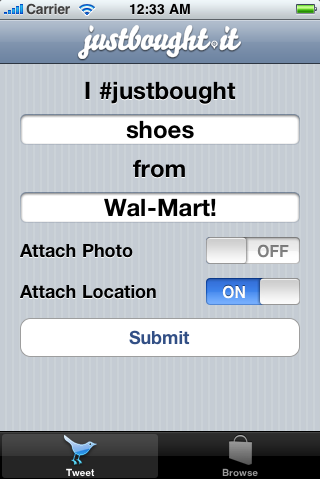 Mixing commercial and social elements in an online community is an extraordinarily delicate game.

It’s partly why Twitter has been careful about how it will monetize its business and why Facebook faced an uproar after it launched its controversial Beacon advertising program two years ago. People “friend” and “follow” to stay connected, not to be bombarded with advertising — and they certainly don’t want to be thrust into shilling products or services.

A Vancouver-based Twitter developer named Adarsh Dilip wants to turn that notion on its head by letting people opt-in and cheer on their favorite local businesses and brands. He built Justbought.it, a shopping app that lets people tweet about deals and recommend shops with photos and tagged locations. An iPhone version of it will come out next week.

With Dilip’s app, there isn’t a chance that you’ll inadvertently end up promoting something through your Twitter account. You really have to want to support a business because you have to enter in what you bought, where you purchased it and maybe put in enough effort to tweet a photo of it too. That’s different from Beacon, which can simply broadcast transactions on other sites you visit through your Facebook feed.

Dilip is tapping into these commercial conversations in a way that makes people want to engage and recommend businesses and products to friends. So maybe you won’t tweet about which cereal you just bought, but you might hype up that independent bookstore around the corner. Dilip says the project is funded by Social Crowd Ventures, which is owned 50-50 by Dilip and another investor. One possible revenue model could be to build a version of it for small businesses that want to make it easy for customers to promote them via Twitter, he adds. 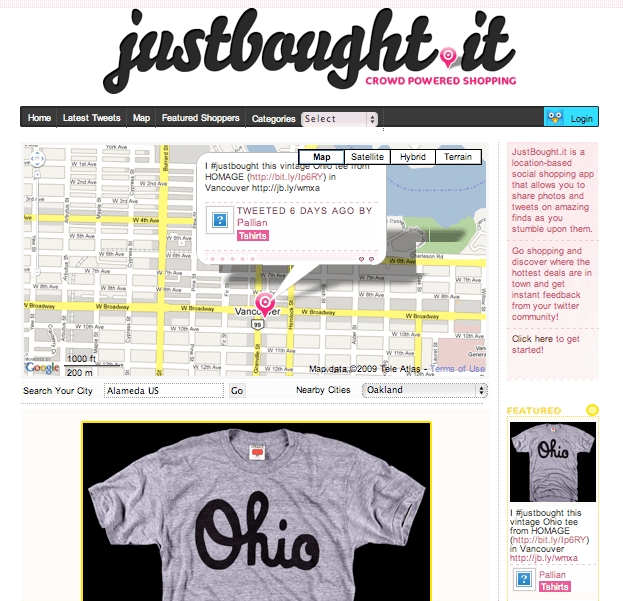