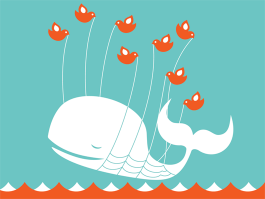 The latest Twitter outage, which began around 6 a.m. Pacific time and continued for about 90 minutes, serves as a reminder of just how reliable Ma Bell’s monopoly phone system was back in the analog days. “We are defending against a denial-of-service attack” was the only info Twitter employees provided for customers on their own status update page.

Just before 9 a.m., a terse update appeared: “The site is back up, but we are continuing to defend against and recover from this attack.”

Facebook has been slow, and LiveJournal was briefly unreachable this morning. But there’s not yet solid evidence that the attacks are related instead of a coincidence.

Facebook says: “Earlier this morning, Facebook encountered network issues related to an apparent distributed denial of service attack, that resulted in degraded service for some users. No user data was at risk and we have restored full access to the site for most users.”

In theory, you get what you pay for with Twitter, so what’s to complain about? But in practice, more and more enterprising tweeters are trying to build a business on its back. It’s impossible not to wonder: Do the one or more people behind the attack have their own evil plan to monetize Twitter’s downtime?

Denial of service attacks are increasingly common thanks to “bot nets.” Cyber criminals will surreptitiously take control of unprotected computers and make them available as a herd for others to rent. There are an estimated 14 million computers that have been compromised in this way, and typical herds number in the tens of thousands. In a denial of service attack, the bots make repeated requests to view a web site. Companies can defend against these attacks by specifically disabling the IP addresses that make requests. Sometimes it takes days to recover.