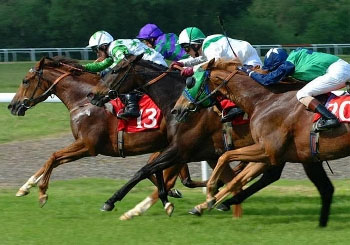 Yesterday, we reported that three new utilities had filed applications for the $3.3 billion the U.S. Department of Energy plans to hand out as part of its Smart Grid Investment Grant Program. But these are just three of more than two dozen power companies that will go head to head for funds in the first round of applications now that yesterday’s deadline has passed.

The bulk of the funds will be used to expedite the replacement of traditional meters with new smart metering technology that transmits energy consumption data to both consumers and their utilities in real time. Dominion Resources (spanning the mid-Atlantic, Northeast and some regions in the Midwest), National Grid PLC (British company with a U.S. subsidiary operating in the Northeast), American Electric Power (serving Appalachia primarily), Pacific Gas & Electric (Northern California), the Public Service Electric and Gas Company (New Jersey) and Duke Energy (in and around the Carolinas) all say they are looking for a piece of the pie. Surprising and notable absences (so far at least) include California giants San Diego Gas & Electric and Southern California Edison.

All of these utilities and more are more in need of a boost than ever. Educated consumer demand and new eco-friendly government policies are pressuring them to smarten up their equipment and practices. But with customers running low on cash, they’ve found themselves hamstrung when it comes to raising revenue for structural upgrades and capital expenditures. All of these forces have heated competition to a boil, analysts say. So far, the DOE has kept mum on how many applications it has actually received, but forthcoming utilities have fueled speculation.

With so many hats potentially in the ring, it’s likely that the full $3.4 billion will be distributed in the first application round — even though the DOE has scheduled two follow-up rounds. As of yesterday, the sum of all the applicants’ requests accounted for $2.85 billion, before a full tally had been made. Recipients selected in the first round should be notified by October. They will each receive a chunk of up to $200 million.

Those utilities with shovel-ready projects in the pipeline will have an advantage over those with their programs still in development, the DOE has said. In addition to metering plans, it will also look to back network upgrades allowing for greater communication and the ability to locate and defuse grid disruptions before they turn into expensive and messy outages.

Here’s a list of who we know is applying so far, how much they are asking for, and whether or not they have a specific project in the works:

Alliant Energy: Looking to cover half the cost of a $20 million smart metering project.

Ameren Corp: $185 million for distribution improvements in Missouri and Illinois.

Commonwealth Edison: $175 million to roll out 141,000 smart meters in Chicago and surrounding suburbs.

Consolidated Edison: An undisclosed amount toward a $375 million series of smart grid projects, including the roll out of 40,000 smart meters.

Duke Energy: $200 million toward a $1 billion, three-state roll out of smart grid technology.

FirstEnergy Corp.: $57 million to cover half the costs of plans for customers in Ohio, Pennsylvania and New Jersey.

Northeast Utilities: $126.5 million for the installation of 200,000 advanced metering systems in Connecticut.

Nstar Electric & Gas: $28 million to roll out smart meters and distribution automation and to integrate renewable sources of energy into the grid.

Oncor: $200 million for commercial-scale implementation of smart meters made by Landis+Gyr.

Pacific Gas and Electric: $42.5 million to match funds for an $85 million plan to install energy displays and controllers for 75,000 commercial customers.

Public Service Electric and Gas (PSE&G): $76 million to pay for half of a $152 million to improve grid reliability and fend off cybersecurity attacks.

United Illuminating: $37.5 million to install communication infrastructure used to monitor and manage its grid in Connecticut.

Vermont Electric Power Company: Is part of a group including 20 Vermont-based electric utilities, Efficiency Vermont, and the Vermont Office of Economic Stimulus and Recovery, applying for $66 million to pay for $133 million-worth of grid improvement projects.