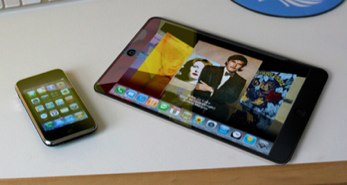 More rumors about the Apple tablet — It will have a 10-inch screen, look like a giant iPhone, and will come in two editions, one with a webcam and one without, and it’ll cost $700-$900, according to Gizmodo. But that could be wrong, according to others. Meantime, others are hearing that Apple plans to hold a keynote event the week of Sept. 7, but that the tablet won’t be unveiled there — more likely coming next year.

Games industry still in decline — The U.S. video games industry, once an outlier for being one of the few tech niches enjoying growth during the recession, has now declined for the fifth consecutive month, bringing year-to-date sales to $8.16 billion, down 14 percent from the same time period last year, according to NPD analyst Anita Frazier.

Bubble in “microfinance”? — A few years ago, microfinance was all the rage: Lending small amounts of money to poor people, it was believed, helps fight poverty because it gives people a chance to finance small business and get out of their personal rut. But then the industry showed it could turn a profit, and funds came pouring in from private-equity firms and other investors. The WSJ tells the story of a poor Indian woman, Zahreen Taj, who was “carpet bombed” with loans. She kept making purchases, but then found herself in debt — so she sold everything and now has only a floor mat and a pile of kitchen utensils in a bare house. “Too much money is chasing too few good candidates,” quipped one expert.