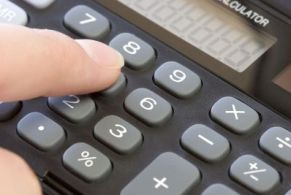 Entrepreneurs and venture capitalists know there is no return without risk. But they can enhance their odds of success by tapping into the emerging field of probability management to better visualize how the risks of individual ventures combine to make up total venture portfolio risk. This is vital in managing the risks and returns of their overall investment strategy.

The conventional wisdom in venture capital is that among ten startup investments, one will hit a homerun, two will do reasonably well, and the rest will fail. This, however, doesn’t take into account how the projects interrelate, which makes all the difference in hedging bets to reduce risk. Probability management is based on two technological breakthroughs, one in data storage and one in interactive computer simulation, which now provide an unprecedented view of an uncertain future.

This approach is already being used by big corporations, such as Royal Dutch Shell and Merck & Co., and gaining momentum. It boils down to replacing single number forecasts with a database containing thousands of scenarios. These “uncertainties” may then be plugged into business plans and manipulated just like numbers to quantify the risks of new ventures through the use of “interactive” simulation.

Probability management is a potential cure for a problem I call “The Flaw of Averages.” As discussed in my recent book of this title, it describes the systematic errors that occur when people forecast an uncertain quantity with a single number, usually the average of all possible outcomes. But it turns out that plans based on average assumptions are wrong on average, and unfortunately, this problem pervades nearly every profession, business, institution and household. It certainly contributed to the recent subprime mortgage disaster. Consider the sobering example of a drunk stumbling down the center line of a busy highway. If you forecast the state of the drunk based on his average position, the white line, you would predict he’s alive, but clearly, on average, he’s dead.

The probability management paradigm might have been applied at General Motors two years ago, had the technology existed then. The first step would have been to forecast the greatest uncertainties driving GM’s profitability – economic growth and the price of oil. Then instead of just reporting a single “average” future GDP level and oil price, the economics team would have delivered a thousand possible GDP and oil price scenarios representing a range of outcomes. This would have captured the fact that high oil prices would drive GDP down, which they did, and ultimately contributed significantly to making GM a ward of the federal government.

The new data storage technology, which has been developed in cooperation with Oracle Corp., SAS Institute and Frontline Systems, would have packed the thousand scenarios for both GDP and oil price into their own special data elements called Distribution Strings, or DISTs. Add-in software allows the DISTs to be used just like regular numbers in Excel. But unlike numbers, DIST arithmetic also keeps track of all the risks. The output DISTs of each division could have been added up to reflect the enormous risk GM as a whole was taking by not hedging against the deadly combination of a spike in gas prices and a drop in GDP. Some GM executives must have sensed this risk. But there is an enormous difference between a sense that gas prices will rise and threaten success, and a concrete realization, for example, that a 50% increase in gas prices would produce a 60% chance of bankruptcy.

Let’s return to venture capital, in which probability management can help model portfolios of startups. Consider a venture firm looking at two hypothetical startups that address the inaccuracy of conventional glucose fasting tests to identify pre-diabetics. Their favorite startup has developed a photo-sensitive scanning device that detects the presence of blood chemicals indicating a pre-diabetic condition.

The device is accurate but relatively expensive and there is a pretty good chance it may not be covered by health care plans. The other startup appears less profitable. It is a pharmaceutical company with a drug, which when swallowed before a conventional glucose test, can improve its accuracy. The problem is that it leaves a bitter after-taste, and doctors are afraid that not everyone will take it. Conventional wisdom might prod the venture firm to invest in the one that looks the best, in this case startup No. 1. But probability management allows them to model the uncertainty of each startup separately, as well as the uncertain environment in which they will co-exist. In this case, it might show that even though the firm likes startup No. 1 the best, it should also invest in startup No. 2 to hedge its bets. If unwilling to do that, the firm might consider not investing in either startup because of unacceptable risk.

Now let’s consider a venture firm that plans to invest in one of two hypothetical green power generation startups, one based on solar and one on wind. The capital investment in either facility is about the same, and based on average meteorological conditions at the chosen site, so is the projected revenue. The picture changes, however, when the uncertainties are modeled via probability management.

The distribution of conditions from the national weather service data indicate that there will be more wind and less sunshine in a stormy year and more sunshine and less wind in a tranquil year. Further, the price of electricity increases with the amount of sunshine because of air conditioning use. From the risk perspective these two investments are very different. The positive relationship between sunshine and energy price causes the solar project to boom in sunny years, and bust in stormy years. The wind farm is more consistent, year to year, but has lower average return. The right investment depends on the firm’s risk appetite, but if they had considered only average weather conditions, the two investments would have appeared identical.

In the early 1950s, Nobel Prize-winning economist Harry Markowitz first formalized the notion of risk/return tradeoffs in stock portfolios, and modern finance was born. In the 1970s the Black/Scholes formula added a rigorous understanding of the risk implications of stock options, leading to another Nobel Prize. Probability management makes use of recent technological advances to apply these ground-breaking insights to investments in any risky venture, not just stocks.

Visit www.ProbabilityManagement.org for downloadable articles and interactive models demonstrating the basic principles discussed here. As of this writing, there are two software packages supporting the DIST data format. The most powerful is the Risk Solver from Frontline Systems (www.Solver.com). This package has extensive interactive graphing capabilities, and can be integrated with Frontline’s mathematical optimization engines. It is at the heart of our application at Shell. The other package is my own XLSim 3.0 (www.Probilitech.com), a simpler but less powerful package that I have used in my classes at Stanford University. DISTs created with either program can be read by the other.