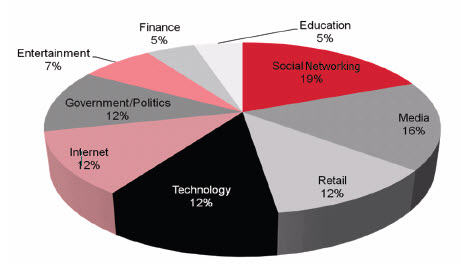 Social networking sites are facing a steep rise in hacking attacks in 2009, according to a report released today by web security firm Breach Security.

The results aren’t surprising, since social networks typically consist of users who trust each other — a little too much. Hacker experts, such as Shawn Moyer and Nathan Hamiel, have long noted that the user-generated content features of many social networks make the sites more vulnerable. If you can upload a picture or video to a site, you can pretty much upload any kind of computer virus as well. When people click on the links or images, they can be easily redirected to malicious sites.

A year ago, government networks were most often attacked and social networks didn’t even show up on the list of web site categories that were commonly attacked. Ryan Barnett, a security research director at Breach, said that attacks on popular sites such as Twitter are driving up the numbers for social network incidents.

The most common kind of web hack is defacement, accounting for about 28 percent of attacks. That includes planting of malware on legitimate sites and other kinds of overt changes to the sites. Another common hack is spreading disinformation about celebrities online. A variety of means were used for the attacks, including exploiting user-generated content features.