The web-link shortening service, Tr.im, may have finally found a way out of its predicament by shifting to open-source and becoming community-owned.

A little over a week ago, Woodward said he was shutting down the service because the maintenance costs were unsustainable. Web link, or URL, shorteners convert long web addresses into shorter ones, making them easy to share on services like Twitter. Herein lies their potential value: through this, URL shorteners also collect data on what content is popular, how it is distributed, how many people see it and where they come from.

Tr.im was stuck in an uncomfortable spot. It was growing rapidly, handling about 2 million hits a day and sucking up time from the company’s four developers, according to Woodward. But after Twitter made bit.ly its default URL shortener, Woodward believed it could never grow to be a serious competitor unless Twitter gave its users choice.

“There’s no point in us trying to make us a business, if the monopoly is handed to bit.ly,” Woodward said in an interview. “Unlike 99 percent of other shorteners, which are run as weekend projects, Tr.im is growing and requires scalability work which we can’t justify.”

So he announced he was shutting it down, prompting an uproar from people fearing that Tr.im’s closure would lead to “link-rot” — if Tr.im disappeared, so would the data stored by its links. It might also erode confidence in other URL shortening services.

Woodward tried selling it, attracting offers from companies that wanted to redirect Tr.im’s site to pornography.

“We were pretty leery of that. We weren’t going to sell,” he said.

Bit.ly also offered $10,000 for the domain name and everything associated with it, which Nambu turned down, Woodward said. After he couldn’t find a buyer he was happy with that matched his $100,000 asking price, he announced he would keep the service open indefinitely. Today he’s going the community-owned route, making Tr.im an open-source competitor to the Twitter alliance with bit.ly. Woodward said Tr.im isn’t expensive to support. He said it “just costs some engineer time” — something Nambu doesn’t have as an angel-funded team of four engineers.

“Tr.im will be here as a thriving, guaranteed, community-owned and volunteer-operated alternative offering the community’s data without restriction or favoritism to anyone that wants it,” Woodward wrote in a blog post.

It’s sure to be an uphill battle. Bit.ly owns more than 80 percent of the market, according to Tweetmeme: 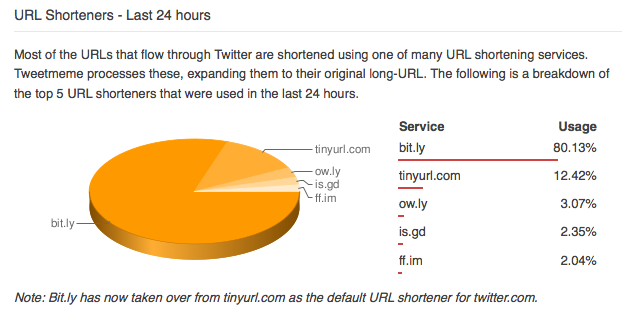