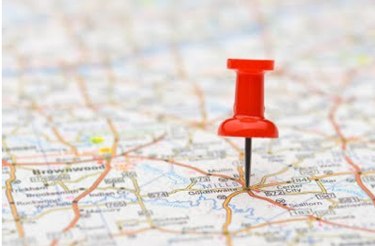 Twitter is about to let you signal the exact location of where you’re tweeting from, inserting your latitude and longitude coordinates to tweets you select to carry such information.

Co-founder Biz Stone, in an interview with VentureBeat today, said that he welcomed other players, such as Facebook, Google and others, to do the same: “Everyone should do this!” He said it adds a valuable layer of context that makes messages more useful and interesting.

“We have a strong hunch location will be a compelling and useful feature,” he said.

Google also offers longitude and latitude data for many of its services, but has yet to tie that to a way for users to express what they’re doing in short bursts, such as tweets. Facebook lets you do something like tweet (with its status updates), but hasn’t tied geography to it yet.

The Twitter location feature will be released first to application developers through a new application programming interface (API), so that other applications can offer this feature as well.

Stone said that Twitter would then eventually roll the feature out on its mobile version and on its own site.

Previously, Twitter allowed you to specify in your profile where you were located, but you had to change it manually, and so it was often wrong: You might specify that you’re in Chicago, but if you flew back to Boston without remembering to change your profile, and started tweeting again, people would still think you’re in Chicago. In other words, you could write anything in the location field, and it wasn’t dependable.

This latest technology specifies your exact location tweet by tweet, but it is entirely “opt-in”, so that you can decide which tweets are accompanied by your location data.

Twitter already lets you see what services someone is using to tweet their messages. For example, the service shows whether they texted it using SMS. But it’s even better, Stone said, if you see a friend is texting you using Twitter while standing in line to watch a movie, you’ll be able to verify that by seeing their exact location. (Stone didn’t add this part, but we could see why a lot of employers or moms would make use of this.)

And it will be helpful for search. Stone said you’ll be now able search for someone tweeting about oranges within a five-mile radius of San Francisco. This would be a boon for local businesses using social media to advertise deals or events.

Twitter is getting the lat-long information from multiple sources, including GPS in mobile devices, browser information, WiFi and other open sources of such data, such as Yahoo’s FireEagle. The location feature will be off by default and the exact location data won’t be stored for an extended period of time. No word yet on whether they’ll ever add altitude.

Going forward, you’ll also be able to switch from reading all the tweets of accounts you follow, to reading tweets only from anyone in your neighborhood or city — whether you follow them or not. This is useful if you want to track what is happening at a particular concert, or if you’re following an emergency, such as an earthquake. 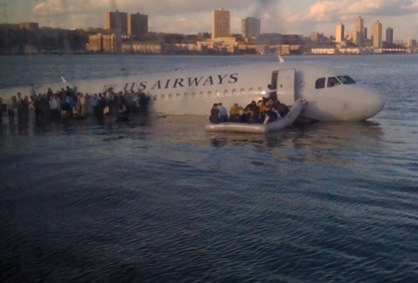 Stone also said Twitter plans to build in more advanced features to make it easier to sort through conversation time lines. For example, when a plane landed in the Hudson River in New York in January, the event sparked a massive stream of tweets, most of them a variation on “OMG!” However, it was difficult to sort through all the tweets to find the original tweet that sparked the stream: the one containing the photograph of the plane in the Hudson. Stone said Twitter is working on a way to point to the original instead of sort through the flood asking: ‘Where’s the damned picture?”