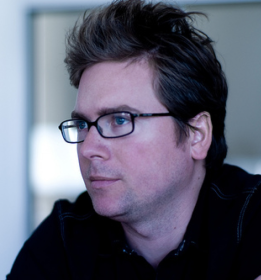 Twitter had been in talks to acquire FriendFeed before the start-up of ex-Googlers decided to sell the company to Facebook last week.

“If that’s where they wanted to end up, that’s the right move for them,” Twitter co-founder Biz Stone said in an interview with VentureBeat, acknowledging that the company approached FriendFeed several times and would have considered buying it at its reported sale price of $50 million in cash and equity.

“We know them from Google and we talked to them on and off. But you ultimately end up where you should be. They’re definitely a talented bunch of guys,” he said.

Facebook acquired FriendFeed, a social sharing site founded by Google Gmail creator Paul Buchheit and Bret Taylor, last week. The sale paired the world’s largest social network with a team of experienced hands from Google, making Facebook an even more formidable competitor to the three-year-old microblogging network. Launching later, FriendFeed was never able to catch up to Twitter’s explosive growth. But it won respect for its aggressive development of commenting and sharing features.

Regarding competitors like Facebook and Google, Stone said: “They’re moving, while we’re changing very fast. When technology is evolving at this pace, companies get closer, then they change and drift apart. No one would’ve said we were competing with Google until this year when we changed our homepage.”

Stone said he wasn’t concerned with the acquisition. He recalls his time working at Google Blogger, when Google employees would pose similar questions about competition to CEO Eric Schmidt. At the time, Google was a much smaller player in search, so employees wondered how it could compete against Yahoo and Microsoft.

(It’s notable that Peter Fenton, who sits on Twitter’s board of directors, was a lead venture capital investor in FriendFeed — presenting what in hindsight could have been a conflict. With both Facebook and Twitter courting FriendFeed, what was he advising the small company? He told us last week that he didn’t actively negotiate on FriendFeed’s behalf, but instead advised them “to think through where they were going to be most effective after the transaction and where they were going to flourish.”)

Stone spoke with VentureBeat today on the occasion of Twitter’s announcement of a location API.