Yes, Twitter will start earning some income this year.

Co-founder Biz Stone said the company is in the first phase of rolling out commercial accounts that will entice business users to pay for premium services like detailed analytics. After that, the company might move into building business-oriented application programming interfaces (APIs), creating a “commercial layer” over the social network. The commercial APIs would be out “later this year,” he said.

“Twitter will still be free for everybody and we’ll still tell them to go crazy with it,” said Stone in an interview. “But we’ve identified a selection of things that businesses say are helping to make them more profit.” 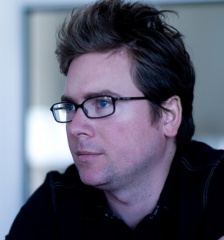 The company has already moved in this direction by releasing a guide for professional users, detailing how companies can use it to find customers, pass on deals and perform market research. It is also going to offer “certified accounts,” for businesses, for example letting JetBlue certify that its Twitter account is owned by JetBlue and not by someone pretending to be JetBlue (until now, Twitter has done this only for a limited number of people, including celebrities). Stone didn’t give a specific date for when the company would launch the newer commercial offerings.

Also, it might be hard to tease out who is using the service professionally and who is using it for personal reasons, and then charge them for it. So the idea is to build a set of features that people are willing to pay for.

“We want to build statistics or analytics that let users know — ‘How am I doing on Twitter?'” he said.

Building premium commercial offerings would put Twitter in closer competition with third-party developers like CoTweet, which helps brands manage customer relations on the microblogging network. Stone, however, was careful to stress that the company doesn’t want to disturb the world of third-party developers building around the network.

“We’ll continue to support the ecosystem with a whole new set of commercial APIs,” he said.

Guessing Twitter’s business model has become one of Silicon Valley’s favorite parlor games. The start-up has raised $55 million so far and zoomed past 44.5 million unique users in June, according to comScore. But it hasn’t revealed exactly how it plans to live up to that lofty valuation. Instead, Stone has said in the past that the company is learning and evolving with its user base.

He also wouldn’t rule out the possibility of further acquisitions, acknowledging that Twitter had talked to FriendFeed about acquiring the company before it was bought by Facebook.

“We’re at a point where even though we’re only two years old, acquisitions are definitely possible,” Stone said.

Twitter’s already done one before. It bought Summize last year to build out Twitter’s search capabilities, a move that seems to have turned out well.

We interviewed Stone on the day Twitter unveiled its location API.