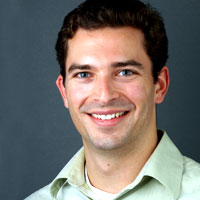 Mint.com, the personal finance site that has racked up 1.4 million users in the U.S., might expand up north and across the pond early next year, according to its founder and CEO Aaron Patzer.

The Mountain View, Calif.-based startup tracks personal checking accounts, credit card spending and retirement portfolios to help users manage their finances. It recently raised $14 million in a third round of financing and launched features this week advising employees on how to roll over their retirement savings when switching jobs. The company is one of Silicon Valley’s bright lights at a time when the IPO market remains cloudy and other consumer-facing companies have struggled to eke a living out of advertising.

“Canada and the U.K. would definitely be the first. I would like to say early next year,” said Patzer.

Growing internationally may be a little more logistically difficult for a company like Mint than it is for other consumer-focused companies, since the startup will have to weave its way through a variety of domestic banking laws and different financial partners to reach customers overseas. (You’d have to reach out to Barclays or Royal Bank of Scotland to work in the U.K., not Wells Fargo, for example.)

The company may also launch products involving credit or FICO scores and move into the small business market.

“Eventually we’ll get into loans, debt consolidation and mortgage payments,” he said. “We want to be able to say to customers: We know you’ve got excellent credit, you could qualify for a loan at 5.74 percent that would reduce your debt payments by this much.”

Because Mint earns revenue by charging banks to promote their offerings to users, moving up the ladder into higher-ticket financial products could also boost the value of the share Mint skims off the top.