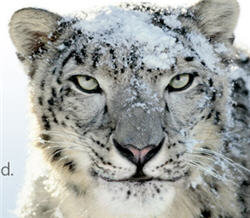 Apple’s latest operating system ships on Friday. Snow Leopard, as its name implies, is a massive upgrade to the current OS, Leopard. Strategically, Apple’s goal for Snow Leopard isn’t to wow consumers with new applications, as it has with past OS upgrades. Instead, Snow Leopard makes Mac desktops and laptops faster and more reliable, and enables them to replace Windows PCs in Microsoft-centric workplaces by connecting to Microsoft’s Exchange server for email, calendars and contacts. Snow Leopard also takes advantage of recent enhancements to Intel’s CPU chips, most notably multi-core processing and 64-bit memory capability.

Snow Leopard’s lack of a new killer app shows that Apple has come to realize that consumers now get excited more by Web-based apps and services that run in the cloud, and are losing interest in installed software. Snow Leopard’s most important feature for most users is a Safari browser fix that keeps it from locking up or crashing when, say, an embedded video player in a Web page dies. It’ll impress users only after they realize they haven’t had their browser window disappear on them in weeks.

But the biggest wow in Snow Leopard is its price: $29 instead of Apple’s traditional $129 for an OS upgrade. Why the giveaway? To dissuade current Mac owners from going out and buying a cheap new PC. With netbooks now available below $300, a $129 operating system upgrade feels like pricing from the past. But a $29 OS upgrade gives Apple owners something new to buy that lets them hang onto an older Mac rather than replacing it with a Dell. That way, when the economy comes back around and it’s time to spend spend spend again, they’ll still be loyal Mac buyers.