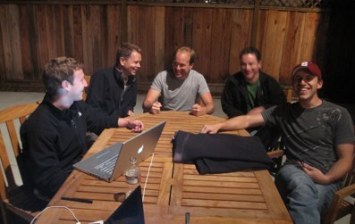 Facebook plans to expand its staff by as much as 50 percent this year, seeking to hire engineers now that the economic recession has made it less expensive to find them.

Significantly, we’re being told that Facebook chief executive Mark Zuckerberg himself is leading on the hiring front, picking up the phone and calling people he knows in search for great employees. According to interviews we’ve had in recent days, Zuck has over the past year come to realize the significance of hiring strong executives on both the business and engineering side, having witnessed how well internal products have done when they’re led by strong managers, and how they’ve languished when under less experienced ones. Previously, he’d wanted to leave management — particularly on the business side — to others. “Over the last nine months, he’s been on a wicket tear,” one source told me.

Zuckerberg apparently made the 50-percent-staff-expansion reference in a Bloomberg article published today, although the article didn’t mention the exact wording he used.

[Update: We checked with Facebook, and spokesman Larry Yu clarifies: “Mark didn’t make such a bold proclamation. This came up when the conversation turned to growth, and the point Mark was making is that we’ve made a conscious effort to not double, which can happen with many companies as they grow. Mark said we could grow by 40 ­ – 50%, but there’s really no rush. Our efforts are of course predicated on finding the right people. To wit, at the end of 2008 we were around 800 people. We’re now around 1,000.”]

Facebook now has 1,000 employees, and presumably the 50 percent expansion number refers to the year that is ending — meaning that Facebook may have grown its staff by up to 50 percent by the end of the year.

Despite the ambitious growth rate, that’s still slower than Google’s expansion in recent years — when it practically doubled its staff every year through about 2005 after going public. But Google was exceptional, and Facebook’s expansion is fast by any other standard, especially at a time when almost no one else is hiring.

Other examples of Zuck’s personal mission: He’s the one who pursued the FriendFeed acquisition, for example, which was widely viewed as valuable for the talented employees Facebook will end up with (picture above is of Zuck, left, around the table with the FriendFeed guys). He also went after Greg Badros, luring him away from Google, where Badros was one of the engineering leaders of Google’s profitable Adsense product. Zuck placed him as director of engineering in June, bolstering the team under Facebook’s VP of engineering, Mike Schroepfer, someone else Zuckerberg recruited and promoted. Many others are being poached from Google. Zuckerberg is personally making himself available for interviews, within days after potential recruits are targeted, we’re told. He worked closely with Facebook’s recruiters to go after former Genentech chief financial officer, David Ebersman, to hire him as Facebook’s CFO.

Zuckerberg told Bloomberg that he’s trying to keep a lid on costs, in an effort to reach positive cash flow next year.

Notably, he mentioned Facebook’s building as an example of the company’s frugality. In May, Facebook moved into a decades-old building in Palo Alto that he calls “the bunker” — because of its unfinished cement floors and fading stickers on the front door. He cautioned that the company needs to remember that it’s still in its early days: “A lot of times buildings can be a signal that you’ve made it,” he said. “I would rather that our building feel much more like a very large garage.” (By the way, we just published a great piece about this, by Steve Blank, titled Entrepreneurs: Beware the curse of the new building.”)