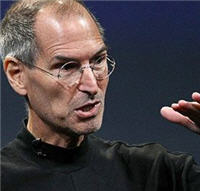 Steve Jobs is really honestly definitely back at work, driving people crazy and working on that tablet you’ve read about — The Wall Street Journal confirms that His Steveness has been hounding employees just like the old days as Apple pushes to get its Crunchpad-like device out the door. Except that Apple’s tablet will be prettier, and it will have some crazy only-Apple-would-do-that gimmick to it, like the talking iPod. I’m hoping it has a button I can push that creates full-time job openings at the New York Times. Don’t laugh, Steve could make that happen if he wanted.

Yes, Facebook will allow you to invite only the cool people to your events — Finally! When you create a new event in Facebook, it will optionally let you pick from the list of people you invited last time, so you don’t have to filter your friend list again. I’m supposed to write about how this is an amazingly clever feature and Mark Zuckerberg is a genius, just a genius. But really, we all know this thing is really an Unpopular Kids Remover, to be used by the kind of boneheads I went to high school with who conveniently forgot I existed until the day before a big trigonometry midterm.

Micropayments site Tipjoy goes bust after Facebook walks away — Co-founder Ivan Kirigin got himself a job at Facebook, but he and his wife failed to get the company to buy their startup. They’ve returned around $1 million to investors. A statement from the couple says, “It is clear to us that … a 3rd party payment service doesn’t add enough value. We strongly believe that social payments will work on a social network, provided that they’re done within the platform and not as a 3rd party.” 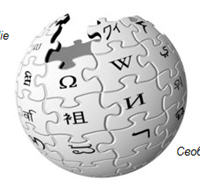 Wikipedia will begin to review changes to articles about living people before publishing them — The ongoing Skankblogger scandal has shocked Internet content contributors who presumed they could write whatever they wanted under a pseudonym without repercussions. Now, Wikipedia’s management has accepted that letting anyone write anything about anyone doesn’t always magically lead to the best biographies on the planet. “We are no longer at the point that it is acceptable to throw things at the wall and see what sticks,” Michael Snow, a lawyer in Seattle who is the chairman of the Wikimedia board told the New York Times. “There was a time probably when the community was more forgiving of things that were inaccurate or fudged in some fashion — whether simply misunderstood or an author had some ax to grind. There is less tolerance for that sort of problem now.”

RIM acquires Torch Mobile — Worst thing about my BlackBerry? Its browser. Torch makes a browser built from the de facto standard Webkit source code that powers the lovely lovely Safari on my iPhone. Torch has been bought by BlackBerry maker Research in Motion.

SocialToo app lets you publish your Facebook updates onto Twitter — What, I couldn’t do this already? I thought I was just too lazy to figure out how to do it. But no, it’s new and Leena Rao at TechCrunch did a screenshot for me. Thanks!