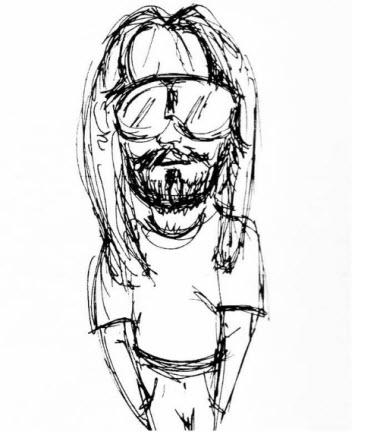 The world of video games is changing and the companies involved in it have to adapt to a broader and less hardcore market, said Rich Hilleman, the chief creative officer of Electronic Arts.

While Hilleman covered familiar territory, he did so with more candor than most corporate executives and he offered interesting insights into how to deal with the “re-engineering” of the video game business. He thinks, for instance, that Korea offers more lessons for the future of games than Japan, that used games have cut off the long tail for game sales, and that the democratization of gaming through the iPhone will ultimately be a good thing for the video game industry.

In a speech at the Hot Chips conference at Stanford, Hilleman talked about the changes he has seen in more than 25 years at EA, which he joined as employee No. 39 in 1983. The audience is moving beyond males. The platforms are becoming mobile, social and online-connected. And the play style is moving from hardcore to casual. The business models are in flux as well.

Hilleman, who once worked at the Nevada nuclear weapons test range, got a job copying disks and packaging games at EA. He quickly shifted into making games and oversaw the development of the first EA Sports games, such as Madden football and NHL Hockey. EA Sports is now a multibillion dollar franchise and it now includes “anything that EA can market on ESPN.” Last year, he became chief creative officer, replacing Bing Gordon, who left to join Kleiner Perkins.

EA now typically spends two or three times as much on marketing and advertising as it does on developing a game. That’s because advertising is critical to getting a game in the top ten rankings. If you have a $10 million game, don’t be surprised if the the TV advertising costs drive the ad budget to $30 million. If a $60 game yields revenue of $35 for EA, then (according to my math) the company has to sell 1.1 million copies just to break even.

EA grew to 9,500 employees and $4 billion in annual sales by coming up with franchise after franchise that appealed to hardcore gamers and occasionally captured the interests of broader gamers.  On EA’s The Godfather game, launched in 2006, there were 475 names on the game’s credits. Rising costs and some poor reception to new games has hurt EA, but it is showing signs of a turnaround with its latest results.

Now the casual and social gamers vastly outnumber the hardcore, which has been fixed at around 50 million players worldwide. The hardcore are the ones who spend 20 hours or more a week on games and who are fans of professional game players who compete for prizes and money. 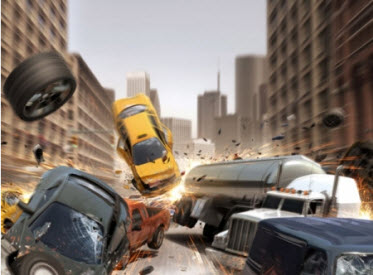 EA tapped the casual game market in a variety of ways. It acquired Pogocom, which has 2 million subscribers who pay a monthly subscription fee to play online parlor games or Bejeweled. But the casual market has spread in a variety of ways to web-based widgets, set-top box games, prize game sites, downloadable games, Adobe Flash-based games, and free-to-play online games such as Maplestory, which has 92 million registered users.

EA has about 25 percent share of the traditional packaged goods PC game market, where sales have been flat or declining. Piracy and sales of used games have taken their toll. The latter means that game sales have no long tail; most sales happen in the first three to six weeks; thereafter, used game sales where publishers get no percentage of the cut take over. Burnout Paradise has twice as many users as it has games sold, a fact that is explained by the sales of used games and by game piracy.

There are new categories like Webkinz, where you buy a plush toy and get a code where you can log in online to play games. For kids, “those games are like crack,” Hilleman said. “Don’t you wish you invented that?”

He noted how there are 28,000 Internet game rooms in South Korea where gamers pay by the hour and the establishments make their money on sales of soda and Doritos. About half of the country’s 48 million people are game players, with tastes ranging from hardcore online games like Starcraft to fashion games for girls.

To target the casual gamers who like the Wii, Facebook or iPhone games, Hilleman says traditional game developers have to turn their approach inside out. He used to focus on immersive games, where you enable someone to immerse themselves in a game world and emerge 20 hours later. This Rip Van Winkle effect was great for 14-year-0ld boys playing single-player games in the dark in their rooms.

Now with the Wii, he pays attention to what is happening on the “other side of the screen,” where people are enjoying a game together and laughing at what the person with the controller is doing. Family game nights now often mean parents rent a game on a Friday and play it for just a day. 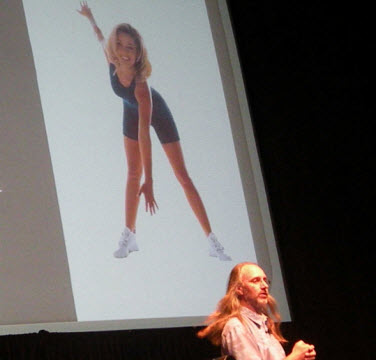 The casual gamers who play the Wii, online games, Facebook games and iPhone games don’t want to play as long. Game designers have to adapt to make their games playable in short bursts. The games are also different ranging from exercise-based games like EA Sports Active to easier versions of EA Sports games.

Are the consoles in decline? Hilleman acknowledged it has been a struggle for the past two years. He said that Sony and Microsoft nearly expired crossing the finish line as they launched their consoles and probably don’t want to launch new ones anytime soon.

He noted that with the iPhone, Nintendo DS, and PlayStation Portable, mobile game platforms now outnumber console platforms by two to one. Fortunately, it doesn’t take nearly as many people to make games for these platforms. It takes maybe 30 people to make a Wii game, and just a handful (or one) to make an iPhone game.

The iPhone, which has more than 15,000 games available, is part of the “democratization of game development.” That makes it harder for EA Mobile to compete, Hilleman said, but it’s also good for the industry because the iPhone has become a low-cost entry point for talent. The developers who make iPhone games can get their foot in the door and move upward to join bigger game companies. 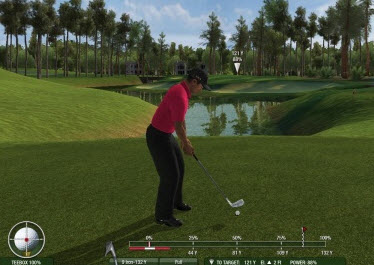 While some big game publishers have been cautious about the support they’ve voiced for streaming games — where games can be played on demand as players log into a game stored on a server in an Internet-connected data center — Hileman said he is enthusiastic about it. He said he knew of seven startups working on “remote desktop for gaming” services around the world.

At some point, Hilleman expects the acceptance of games to be total. As the older non-gamers die off and the average age of gamers — now 35 — creeps higher, we’ll reach gaming ubiquity. In this kind of world, consumers will want their games to follow them to whatever platform they’re using. New user interfaces such as the Wii controller are just at their beginning stages and they offer the potential to broaden the game audience to more non-gamers.

He said that EA’s Tiger Woods property is available on nine game platforms, ranging from a free-to-play online version launching in China to an iPhone version. The goal is to make the game consistent across those platforms so you can move from putting on the iPhone to playing a full game on the Wii. Hopefully, as gaming expands and the right business models take hold, Hilleman believes the game business will be vastly more profitable.