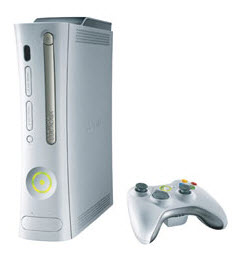 In a move that will inject much-needed energy into the console game market, Microsoft matched Sony’s PlayStation 3 price cut by slashing the price of the Xbox 360 by $100.

The question now is whether this will be enough to bring back video game sales. The cuts by both Sony and Microsoft are among the biggest since the companies introduced their consoles. Prices have held steady, by and large, because the console makers usually add a bigger hard drive and then keep the price the same or close to the previous price.

Sony cut its prices last week as it announced the new PS 3 Slim model. Both companies are now positioned for the holidays, and they’re hoping that a solid slate of games will help revive game sales in the U.S., which have been slumping for five months compared to year ago figures. The price cuts are responses to weakening consumer demand, but they have come relatively late because the console makers have to adjust their inventories and also reduce the costs of the electronics inside the machines.

The mainstay console is the Xbox 360 Pro. That will now be $50 less than Sony’s mainstay, the PS 3 Slim at $299 with a 120-gigabyte hard drive. Sony’s 160-gigabyte model costs $399. Microsoft generally stays below Sony’s mainstay price because the Sony machine has a built-in Blu-ray player while Microsoft only has a DVD player.

It looks like Microsoft will phase out the 60-gigabyte Xbox 360 Pro console, since it will sell that box only while supplies last. That means Microsoft will be left with just two models, the $199 model and the $299 model.

Now the ball moves to Nintendo’s court. It’s possible Nintendo will keep the Wii at $249, but with Wii sales falling this year, it might make its own price cut soon.

Shane Kim, corporate vice president of strategy and business development for the Interactive Entertainment Business at Microsoft, said in a statement that the company will be coming out with its “Project Natal” technology, where you need no controller and can control a game via your body movements, sometime soon. Natal is expected to ship next year, according to industry sources.