New York Times gadget guru David Pogue wrote in his review of Apple’s brand new operating system, Snow Leopard, that he experienced “frustrating glitches” with several applications and parts of the user interface. We asked him to stretch it out a bit and tell us what exactly the glitches were. The glitches turn out to be Windows-grade failures that could stop you from doing your job. 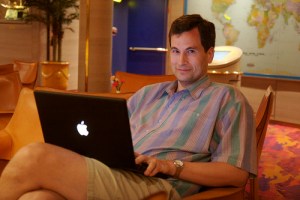 It’s very difficult to say whether my experiences will reflect everyone’s…
Snow Leopard isn’t out yet, and only a few people had it in advance, so I
can’t really speak for anyone’s experiences but my own!

But here’s what I experienced:

* Photoshop CS3. Crashes every 5-10 minutes–just exits and loses all
changes. I asked Apple about it, and they told me that there are “known
issues,” but that there would be no fix. Adobe suggests only that you
upgrade to CS4.

* Word 2008 also exits abruptly from time to time. Also I saw a couple of
bizarre cosmetic glitches (empty white rectangle on the screen).

* It also disabled an old laser printer of mine, too. Had to add it back
using its IP address, whereas Leopard used to just find it.

Again, I have no idea if the masses will see these problems. (Others, like
the TextExpander and CyberDuck incompatibilities, are documented and
universal–a fix came out for TextExpander yesterday, in fact.)

I’m nearly as much of a Mac loyalist as Pogue is, but my practical advice to VentureBeat readers is: Don’t spend your $29 on Snow Leopard for about a month, until Apple releases the first big upgrade. There are plenty of people who will happily live with Snow Leopard’s bugs, who’ll eagerly help Apple find and fix them. You’re not one of those people.