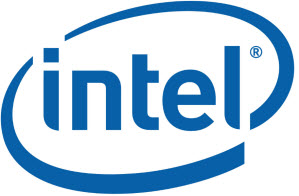 Intel said today it was raising its third quarter revenue and gross profit margin guidance because it has seen stronger than expected demand for microprocessors and chip sets. Those components are used in personal computers, and Intel’s announcement suggests that both computer makers and consumers are bullish about buying again.

Intel stock is up 93 cents in early trading to $20.40 a share. Shares of other tech stocks are up too. Intel sells to almost every computer maker and so its results are a bellwether for the tech economy. Chief executive Paul Otellini has said that revenues hit bottom in the first quarter and that the computer-based economy is now climbing back up. The new announcement provides evidence that computer makers are in the midst of a big buildup in inventory in response to computer demand.

It echoes the bullishness of Michael Dell, chief executive of Dell, who predicted a major upswing in consumer computer demand in 2010 as a result of Windows 7 buying. Microsoft is launching its Windows 7 operating system on Oct. 22, while Apple is launching its Snow Leopard version of the Mac OS X today.

Most chief executives have been shellshocked from the recession and have been reluctant to talk about a turnaround. Mark Hurd, CEO of Hewlett-Packard, the worlds biggest chip maker, has been especially reticent about predicting an improvement. But it will be interesting to see if the slate of new gadgets coming will get consumers buying again. The early indications from Intel are positive.