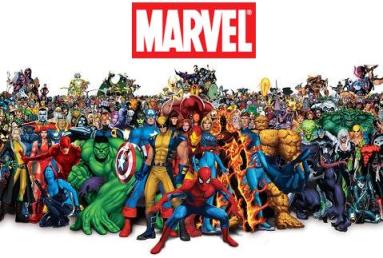 Disney said today it is buying the comic and entertainment company Marvel for $4 billion in cash and stock.

The deal will give Mickey Mouse a lot of superhero help when it comes to young male audiences.

The deal, assuming it is approved, will turn Disney into an even bigger entertainment powerhouse, allowing it to capitalize on Marvel’s huge superhero brands from Spider-Man to Captain America. By pulling all these friendly, traditional brands under one roof, Disney can exert even more leverage with partners when negotiating licensing deals.

Marvel itself is already a licensing powerhouse, with more than 5,000 comic book characters. Expanding far beyond comic books, it has big revenues in both movies and video games. The transaction values Marvel at $50 per share. Disney is paying $30 per share in cash plus 0.745 Disney shares for each Marvel share acquired.

Other big properties under Marvel are Iron Man, X-Men, Thor, and Fantastic Four — all of them enjoying big revivals now due to current or upcoming movies. Under the Disney wing, Marvel should benefit from much bigger economies in movie making, movie distribution, and marketing.

Ike Perlmutter, chief executive of Marvel, will oversee the Marvel properties. PEHub noted that Accel’s Jim Breyer stands to make about $5 million from an investment he made in Marvel.