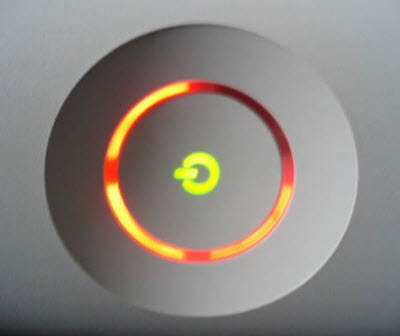 It looks like the Xbox 360 is the most unreliable video game console in history. Most gamers already know that. Microsoft acknowledged the “red ring of death” failures in 2007 and took a $1.15 billion charge to deal with warranty replacement costs.

But surveys are now showing the problems are extensive. Microsoft’s consoles breaks down about 23.7 percent of the time in its first two years of use, according to warranty firm Square Trade’s analysis of 16,000 failed consoles. By comparison, the Sony PlayStation 3 has a failure rate of 10 percent after two years and the Nintendo Wii fails 2.7 percent during the same period. In other words, the Wii is nine times more reliable than the Xbox 360.

As we noted in our Xbox 360 defects history, the Consumer Electronics Association estimates that the normal failure rate for a consumer electronics device is about 2 percent; game consoles such as the Xbox 360 have as many as 1,700 components and are more sophisticated, resulting in a higher failure rate. But the Xbox 360 failure numbers are simply unheard of in the electronics industry.

A separate survey of 5,000 gamers by Game Informer found that the Xbox 360 failure rate was 54.2 percent,while the PS 3 was 10.6 percent and the Wii was 6.8 percent. That survey found that 41.2 percent of owners polled had a second Xbox 360 failure after repairing the first one. 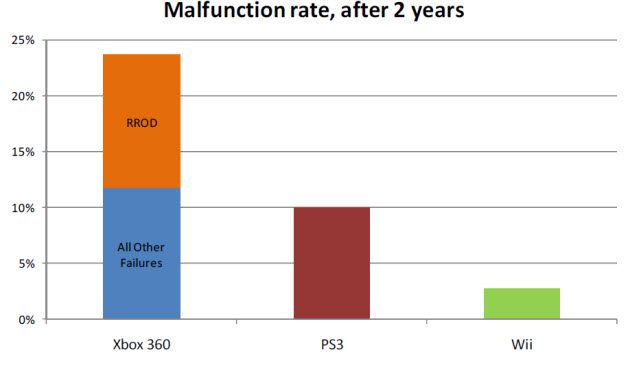 Square Trade found that, even if you ignore the RROD failures typified by three blinking red lights, the Xbox 360 fails 11.7 percent of the time after two years. Square Trade also reported that RROD failures were prominent through 2008, but have abated during 2009. That is due in part to a console redesign, code-named Jasper, launched last year, that fixed known problems. Failure rates for the Jasper-based machines, lauched after November, 2008, are just about 4 percent after a year. The Xbox 360 and PS 3 had “disc read error” problems as the most common reason for failure, while the Wii had remote and power problems.

Square Trade noted that it is possible the Xbox 360 failure rates are higher, since users may bypass Square Trade and go directly to Microsoft to get their consoles replaced. Usage is a factor in failure rates, but even the Wii is still more reliable when that is taken into account. The chart below documents the types of failures.

In a statement, Microsoft said, “More than two years ago, Microsoft addressed this issue by extending the warranty to three years for consoles with three  flashing red lights.  More recently, we extended this coverage to include the E74 error message as well.  We continuously invest resources to improve the reliability of our products, and we believe that this issue is largely behind us.” 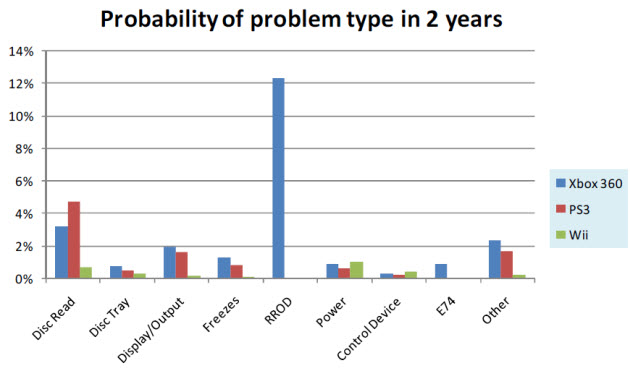