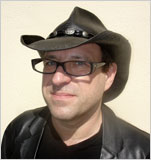 VentureBeat launches 5 O’Clock Roundup — Roundup, our end-of-workday mix of high-level business stories and tech items that we didn’t post on but think you should know about, has been renamed 5 O’Clock Roundup.

5 O’Clock Roundup will post every weekday at 5:00 pm Pacific time. It will almost always be written by me, with contributions from our readers and from the rest of the VentureBeat team. PR people, you’re welcome to pitch me at paul@venturebeat.com.

I’ve played around with the format for a few weeks. We all like the current style in terms of post length, item length, mix of topics, and mid-sized images. Sometimes I’ll run with a theme that amuses me, but I mostly prefer to mix things up. Your contributions — again, paul@venturebeat.com — will be welcome, and I’m happy to link back to you if you give me a URL. If I don’t reply, it means I read your message but then my iPhone rang. Sorry about that. It happens way too often. 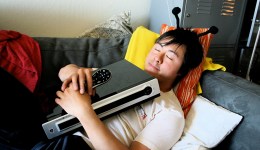 TiVo wins $200 million damages in court order against Dish Network and EchoStar — The Wall Street Journal reports that “TiVo originally sought $1 billion as part of a long-running drama over technology that allows consumers to pause, rewind and fast-forward live television.” EchoStar and Dish plan to appeal Judge David Folsom’s award of $2.25 per DVR subscriber per month from April 2008 to July 2009.

Verizon says the definition for “broadband” the FCC is considering sets the bar too high. — In a post on Verizon’s PolicyBlog, David E. Young, Vice President of Verizon Federal Regulatory Affairs, says Verizon wants the Federal Communications Commission to establish multiple tiers of broadband service that aim for 50 megabits per second via DSL or cable, and 5 megabits per second for mobile broadband. But he thinks it’s a mistake to mandate what are basically New York City data rates for the entire United States of America:

“We live in a mostly rural nation with a population density very different than most of the developed world. If we set a baseline definition too high as we aim to wire the unwired in remote areas, we may have made that goal much harder to achieve due — not to will or policy — but the laws of physics.” 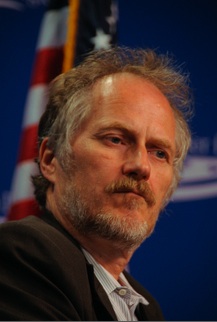 Tim O’Reilly sees Government 2.0 as an enabler, not a provider — “It’s all about the platform” is the headline on computer-books-and-conferences innovator O’Reilly’s essay for TechCrunch on how to finally, finally reinvent government for real. What does he mean? O’Reilly thinks government should be less like the Department of Motor Vehicles and more like Facebook Connect:

“As with Web 2.0, the real secret of success in Government 2.0 is thinking about government as a platform

. If there’s one thing we learn from the technology industry, it’s that every big winner has been a platform company: someone whose success has enabled others, who’ve built on their work and multiplied its impact. Microsoft put “a PC on every desk and in every home,” the internet connected those PCs, Google enabled a generation of ad-supported startups, Apple turned the phone market upside down by letting developers loose to invent applications no phone company would ever have thought of. In each case, the platform provider raised the bar, and created opportunities for others to exploit.”

“The internet itself was originally a government-funded project. So was the interstate highway system. Would WalMart exist without that government intervention? Would our cities thrive without transportation, water, power, garbage collection and all the other services we take for granted? Like an operating system providing services for applications, government provides functions that enable private sector activity.”

There’s nothing radical or new in O’Reilly’s vision. But he frames government in a way that people accustomed to talking about platforms, APIs and clouds can relate to.

Amazon offers to replace the copies of George Orwell’s 1984 that it deleted in a quasi-Orwellian move last month — Jeff Bezos has already apologized for Amazon’s use of a remote-erase command that scrubbed 1984 and other novels from readers’ Kindle e-books after Amazon learned it had sold them illegally. Amazon’s explanation, The New York Times reminds us, was that a company without the rights to sell the books, including Orwell’s tale of a state that remotely monitors and controls its subjects, had uploaded them to the Kindle store using self-serve software.

iConcertCal lets you know which of the artists in your iTunes library are on tour — The $2.99 app isn’t the first to match iTunes with tour dates. iLike already does this and has other hooks, too. But there’s something about iConcertCal that makes me think people who want a plain, simple, dumb app that only lists tour dates will blow three bucks on this and enjoy it better than more complex apps.