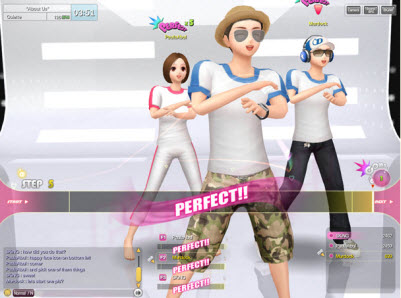 The brain drain from the old guard to the new continues in the video game business. Online game publisher Outspark is announcing it has hired former Electronic Arts executive Owen Mahoney as its chief executive today.

The hiring is yet another example of console video game company veterans moving into the hot online games sector, which is gathering momentum thanks to a fresh business model. San Francisco-based Outspark publishes free-to-play games, where you can start playing for free and pay only when you want to upgrade to better weapons or decorate your character. Outspark specializes in “casual massively multiplayer online games,” which aren’t as time consuming as hardcore games but offer a persistent community, social fun, and ongoing plot to lure gamers back.

Mahoney was senior vice president of business development at the mothership of the game industry, EA, until March, when he left to join former EA studio chief Paul Lee at a new venture firm. 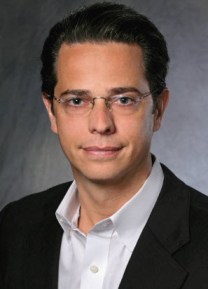 But he was lured to the new job by Susan Choe, founding CEO of Outspark. She will now be chairman and continue to focus on developing ties to Asian game companies and others that can provide games for Outspark’s online game portal. Outspark has 60 employees, while EA has more than 9,500. Choe felt she needed to bring in someone who had experience with operations in a big company, Mahoney said.

Korean and Chinese game companies have adopted the free-to-play business model in a big way. It is only now catching on in the U.S. Outspark has five games, most of them imported under license from Asian game companies, in the U.S. and European markets. It has more than 5.4 million unique visitors a month. Most of those gamers play for free, but the ones who pay spend an average of $50 per month.

In an interview, Mahoney said his goal is to expand Outspark’s business on a worldwide basis. He has more than 15 years of digital media experience, including nine years at EA where he led acquisitions, equity investments and strategic partnerships.

“I spent a lot of time at EA moving into the online business and considered how business models are changing in North America,” Mahoney said. “I noticed my own playing habits changing as I moved almost purely offline play to online. I spent time in Asia where the innovation is in the business models.”

Mahoney said he has no doubt that the free-to-play model will catch on in the U.S., partly because of the change in attitude among gamers in the recession. While console game sales have fallen for five consecutive months compared to year ago numbers, online games are growing fast. Sony Online Entertainment has almost 5 million players for its Free Realms game, a free-to-play game launched in April. Outspark’s goal is to make the transition from offline to online as “frictionless” as possible for gamers, Mahoney said.

Can the traditional game companies adapt to this new way of doing business, or will startups rule? EA itself is experimenting with free-to-play and other businesses with games such as Battlefield Heroes. But Mahoney said, “The large companies have to deliver for their shareholders and it’s hard for them to move fast. As a free-to-play online game company, you have to respond to the users and move quickly the revise your games. It’s a different cadence.”

Mahoney will still have ties to EA. Last week, Outspark announced it will publish an online dancing and shopping game from J2M, a game studio in South Korea that EA recently acquired. That unnamed title will launch later this year and it represents Outspark’s attempt to bring other game companies into its publishing realm.

Beyond the traditional companies, Outspark’s rivals include Asian companies such as Nexon, which has expanded into the U.S. market. Outspark raised $8.3 million in venture funding during the dry month of July and has now raised $20 million to date. Investors include DCM, Syncom Venture Partners, SBI Investment, Mille Plateau, Tencent and Altos Ventures.