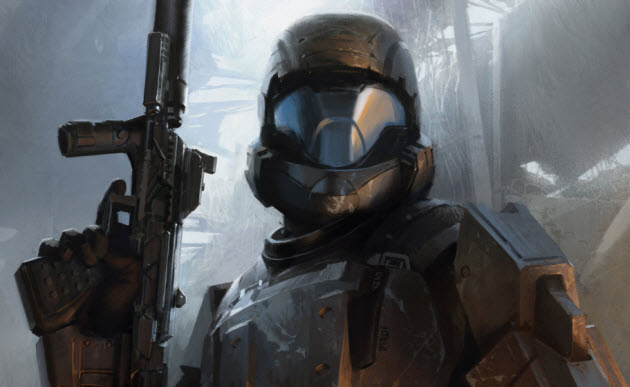 Microsoft’s next big game in the billion-dollar Halo franchise is arriving on Sept. 22. The funny thing is that the game was a result of a big train wreck in the plans for the Halo universe. It was plan B, according to a story in the game blog Kotaku.

Halo 3: ODST was created in 14 months, as a kind of bonus game in between major releases, because Microsoft’s major plan to make a series of games built around the Halo movie fell apart. Stephen Totilo of Kotaku learned this when he visited Halo developer Bungie in Redmond, Wash., for a briefing on the new game. The story — which has never been fully related by Microsoft game executives — shows the twisted path that Microsoft has traveled with its Halo property, which has sold more than 27 million games.

Halo 3: ODST is kind of an odd game, squished in between Halo 3, which was the end of the Master Chief story, and Halo Reach, a prequel in the series that will debut in 2010. Totilo wanted to know why. The answer says a lot about how Microsoft and its spun-off studio Bungie have had to roll with a lot of punches and still try to maximize profits in the company’s most valuable video game property.

Microsoft announced a few years ago that Lord of the Rings director Peter Jackson was planning to make a movie based on the Halo games. He also started a game studio, Wingnut Interactive in New Zealand, to build a series of games under the moniker the Halo Chronicles. But Joe Staten, one of Bungie’s studio leaders, told Totilo that Jackson’s game studio and Halo Chronicles fell apart after Microsoft’s agreement with 20th Century Fox on the Halo movie collapsed. The dispute was over how the film would be financed, and Jackson, slated to be executive producer, said he lost interest in the film project and then later said he stopped work on the games.

Staten said that Bungie had an experience core team, all of whom had been around since the making of the original Halo in 2000-2001. Staten said that the Halo: Fall of Reach team was starting to build up but did not yet need the full team. There was a one-year gap where Bungie had to decide what to do with the team from the Halo Chronicles.

That’s when brainstorming started to create Halo 3: ODST (where the ODST stands for Orbital Drop Shock Trooper, a specially armed space marine). Harold Ryan, the new studio chief, approved the project and the team moved to build the game, which is set during the events of the Halo series but does not involve its main hero, Master Chief.

It’s a lucky thing for Microsoft that Bungie’s creative team, fueled by multiple novels, has built such a rich lore around the Halo universe that it can pull stories off the shelf and build games around them. But Halo 3: ODST is a risky title. If fans don’t think it lives up to the Halo name, Microsoft will have hurt the brand. If it pays off, Microsoft could wind up having a new kind of franchise, much like successful sitcoms spawn spin-off after spin-off. The ODST game was finished this spring, in time for the team to move over to the Reach project. Now game fans will have that rarest of delights: a Halo game that debuts in 2009, and another one that debuts in 2010.