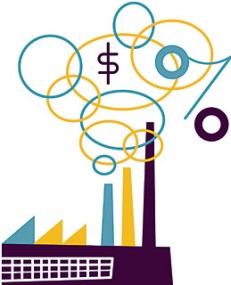 French president Nicolas Sarkozy outlined his proposed carbon tax today, a policy that would boost fuel and home heating costs to encourage conservation and cut emissions. Amounting to the equivalent of $24.70 per ton of carbon dioxide emitted, the tax would total about $50 a year or $4 a month considering that the average home releases about 2 tons of CO2 annually.

The proposal isn’t law yet (if it passes it will go into effect next year). It still needs to make it past French ministers, many of whom oppose squeezing more money out of consumers as the country recovers from the financial crisis. About 65 percent of France’s citizenry are against the tax, and more than half said that it probably won’t make much of a difference in consumer behavior.

Even those who favor the tax admit that its impact wouldn’t be felt for several years as the population adapts. During that time, the measure would probably feel like an ineffectual burden (about 15 cents extra per gallon of gasoline, for instance) — not encouraging to the public, particularly the lower socio-economic segments. That said, money generated by the tax would help fill in deficits caused by the downturn, which could stave off costly stimulus programs or layoffs. And French prime minister François Fillion says that tax credits and commensurate cuts will be made to balance out the carbon fee.

Still, its impressive that carbon tax has entered mainstream dialogue in Europe. It’s practically taboo in the U.S. where politicians have shunned any hike in taxes, especially for necessities. Cap-and-trade is still the chosen route here, with the Senate debating the Waxman-Markey bill that would set up a transactional system. But even that has sparked fierce controversy, imperiling the whole package.

It’s even less promising that emissions trading has fallen on its face in Europe — partially spurring the carbon tax discussion. Their current system requires industry leaders to buy permits to release greenhouse gases within a certain quota. While consumers haven’t felt the monetary impact of this system, it has strained companies, particularly in the fuel and heating sectors, and had limited effect.

Unsurprisingly, Scandinavia is leading Europe in the introduction of carbon taxes — and by a longshot. Sweden has had one in place since 1991, which today amounts to $187 per ton of carbon dioxide. The country says it has seen a 20 percent reduction in emissions as a result, while simultaneously growing its GDP by 44 percent. Denmark, Finland, Norway and Switzerland followed suit.

If France does pass the carbon tax legislation, it could kick off a domino effect in the European Union. Sweden currently has the the presidency of the alliance, and has been using its post to evangelize for the idea. Regardless, carbon tax will probably persist as a dirty word here in the U.S., where even democrats from industrial states are throwing their weight against even lightweight emissions regulations.