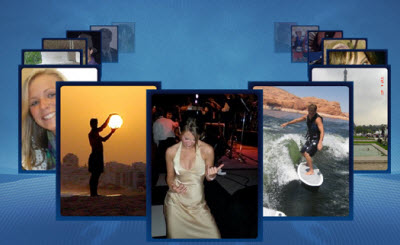 Fuego Nation launched its social network in a direct challenge to sites such as Facebook in January. Billed as a next-generation social network, it focused on rich media and a cool, carousel-like user interface.

It drew some intense interest from a small number of people, but it didn’t spread as anticipated, acknowledged Brogan Keane, chief executive of the company. Now he’s relaunching the site as an online dating service, Fuego Connect. Yep, he’s going after some pretty big companies again: Plenty of Fish, Match.com, Okcupid.com, and eHarmony.

“We found that what people really wanted to do was date each other,” he said. “Initially, we didn’t make it easy for people to do that.”

Facebook and Twitter pretty much trounced other social sites, including Fuego Nation. But Keane says his new site offers an easy way to find people based on their passions, not the superficialities like body type, height, hair, and eye color. Fuego Connect focuses on what’s inside, Keane said. That way, relationships can be built for the long term, he said.

Fuego Connect lets people set up their own profiles with rich media such as photos and videos. Then you can search through the site to find people who have the same interests. You can browse through the profiles in a 3-D environment, sort of like a spinning carousel that resembles Apple’s CoverFlow album browsing software. This gives Fuego Connect an edge over other dating sites in terms of presentation.

The site is free for a single profile in the form of a Passion Card that states what you really love to do. But if you want to describe yourself in a couple of ways, such as a mountain climber and an artist, then you have to pay 99 cents a month for the second profile. The more profiles you have, the easier it is for people to find you. I can’t say I’m an expert on the dating scene these days, but it sounds plausible.

Still, it’s going to be hard. Fuego Nation was formed in 2007 and it built up to 10 people. It raised $1.5 million. After Plan A failed, Keane cut the San Francisco-based team back to three people. The site is now trying to recruit members in the San Francisco Bay Area and will then expand to other regions.

Keane hopes the new site will do better. The prior site suffered from a lack of marketing and a fundraising cycle that never ended. The company is now engaged in a new round of fundraising that Keane expects to close in the coming weeks.

“I’ve had to restart, but I’m determined to make this work,” Keane said.