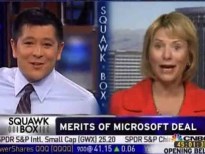 New Yahoo CEO Bartz says she would have accepted Microsoft’s 2008 offer to buy the company — “Do you think I’m stupid?” Carol Bartz blurted out in that sassy way bored journalists love on CBNC’s Squawk Box Thursday. Now that Yahoo has rebuffed Microsoft and installed Bartz, her plan is to build out Yahoo’s content products rather than try to beat Google at search.

Nokia acquires obscure social network startup Plum Ventures — None of the usual local pundits — not Kara Swisher, not Om Malik, not me — have any idea why Nokia bought San Francisco startup Plum for an undisclosed amount, and will be bringing Plum’s staff onboard as Nokia employees. The company has kept quiet since the announcement. Sounds like a technology/talent buy to us. Malik wrote, “Yawn!” You see, the attendees at his Mobilize 09 conference on Thursday had largely dismissed Nokia, the world’s largest handset maker by far, as being the RMS Titanic of phone makers because — as written up quite readably by Fast Company last month — Nokia has failed to crack the U.S. market or the smartphone market, where the big profits and brand superstardom are. Instead, Nokia has set its sights on being the entertainment network for mobile devices.

American poverty hits an 11-year high, due to lost household incomes — According to a report released by the Census Bureau on Thursday, 13.2 percent of Americans — 39.8 million of them — are classified as “poor.” A Bloomberg report on the report summarized: “Plunging home values and stock prices have fueled a record $13.9 trillion loss in household wealth in the United States since the middle of 2007.”

What if 9/11 had happened today, in the age of social media? LA Weekly tech columnist Alexia Tsotsis lists the major changes in the average American’s personal communication arsenal since 2001 — smartphones with cameras, text messaging, and of course Twitter. She concludes that a similar event today would flood the Internet with tweets from office workers trapped in the World Trade Center, video clips from people on the hijacked planes, and a jillion petabytes of imagery culled from the iPhones of dead victims just like in Cloverfield. In a way, more humanizing and informing. In another way, horrific to think of how some of us, meaning me, will be unable to stop reloading the most gruesome excerpts next time around.

Skype Extras developer program shut down — The Internet phone company abandoned its attempts to get outside developers to write software plug-ins, dubbed Skype Extras, for its software. One, for example, adds an advanced call recorder to the phone application. “Simply not enough people were using them to justify our continued support of the Extras program,” said an email from the company.” I’m not going to bother writing a turnkey Skype-doesn’t-understand-developers rant, because Om already did it for me. Malik says Skype “never really got its act together” to promote Extras to its 400 million subscribers. 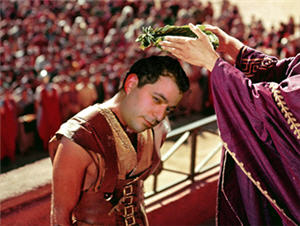 Something about Kafka’s choice of words, plus his boss Kara Swisher’s hatred for ever being the slightest bit wrong, let me to believe Peter instead of Yoko Ono. The former 5th Beatle misled everyone including my VentureBeat colleague Anthony Ha, by stating as fact that Wednesday would be Beatles-in-iTunes day.

Kafka stood his ground, literally, at a San Francisco journalists’ drink-a-thon the night before the Apple event. I went home late and found early-morning British newspaper articles quoting Beatle Paul McCartney and EMI catalog chief Ernesto Schmitt confirming no Beatles in iTunes today. Kafka was right all along. It’s true: His sources are more plugged-in at Apple than Yoko. Hail the victor!