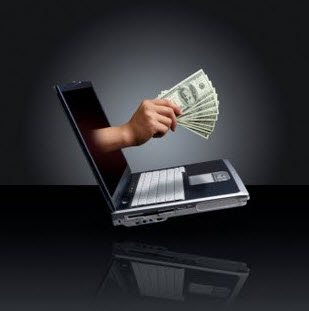 People are paying real money for digital goods in all sorts of online applications ranging from Facebook apps to massively multiplayer online games. The No. 1 thing they buy is virtual money. Other top items include virtual weapons and gifts for social networking friends, according to a survey released today.

Free-to-play games, where you can start playing for free and then buy items in the game as you need them, now account for more than half of all virtual goods transactions, according to the July survey by market researcher VGMarket and virtual goods platform company PlaySpan. About 58 percent of gamers made purchases in free-to-play games in the past year. About 34 percent made purchases in MMO games (or virtual worlds such as Eve Online), and 23 percent made purcahse in social networking games.

It isn’t just geeks buying these things. Virtual goods and micro transactions have become a favorite business model for game companies this year, particularly as ad-based models sink in the recession and gamers shy away from buying $60 games in stores. 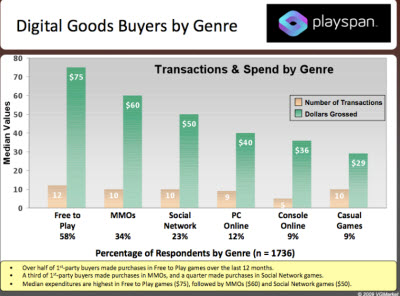 The survey is based on 2,425 people who responded to surveys on PlaySpan’s various properties: the PlaySpan Marketplace, Spare Change, and Ultimate Game Card. The median purchase was the highest in free-to-play games at $75, followed by MMOs ($60), and social networks ($50). The average player is currently playing three online games and 80 percent of the players report buying digital goods for their own use. About 20 percent spend money on digital goods as gifts for others. 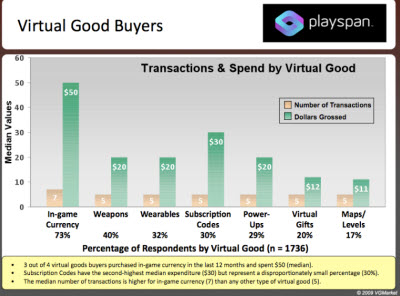 The good thing about digital goods is that game publishers can use the data to tweak the game, forecast their revenue, and make investments in the right areas, said Michael Gluck, president of VGMarket in Hollywood, Fla. San Jose, Calif.-based PlaySpan’s virtual goods and monetization platforms are used in more than 1,000 online games, virtual worlds and social networks.