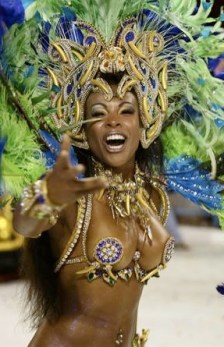 Orkut still dominates the Brazilian market: it attracted 22.7 million unique visitors last month. The next closest competitor, Windows Live Profile, brought in roughly a third of that traffic with 8 million visitors, according to the Comscore numbers. Facebook comes in at eighth place with 1.3 million.

But if Facebook’s performance in Latin America so far is anything to go by, it may not be in eighth place for long, and Orkut should be looking over its shoulder.

Facebook surpassed Orkut as the leader in Latin America as a whole in February of this year, according to Comscore. Facebook attracted 33.6 million unique visitors compared to Google-run Orkut’s 24 million in July. Facebook also left rival Hi5 in the dust last August even though Hi5 was beating Facebook in Latin America with 15.3 million users in July 2008, according Comscore’s data. And in Brazil Facebook’s apparently claiming 100-200k new users a month at the moment.

Below are some old maps showing market leaders in different countries over the last two years. You can see that two years ago, Latin America was divided among several competitors including
MySpace, Fotolog, Hi5 and Orkut. Now it has consolidated under Facebook with Brazil as the outlier under Orkut. That’s not super-surprising — Brazil is the only country on the continent where the population speaks Portuguese rather than Spanish, a fact that could be keeping it somewhat insulated from Facebook’s onslaught, at least for now. But Brazil also has some 67 million internet users, or almost half the total number of internet users in Latin America (according to 2008 figures from Internet World Stats), so it’s no wonder so many social networks are putting up a fight for a presence there.

The question until now has been, will the world see the social networking market divided along national and linguistic lines, or will one company emerge as a worldwide leader in this globalized age? If Facebook keeps up its momentum, it could soon answer that. 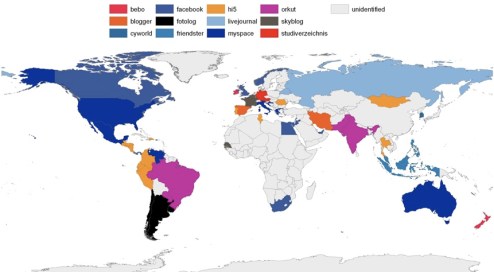 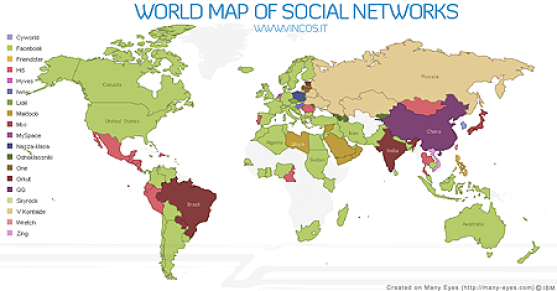