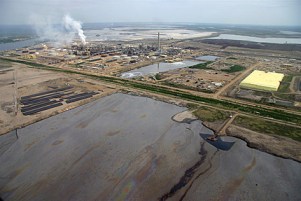 There are roughly two camps in the cleantech world — those who want renewable energy sources like wind and solar to be the top priority, and those who want to first clean up existing fossil fuel technologies.

Soane Energy, a company offering technology to make oil extraction cleaner and more efficient, falls into the second category. Soane  just raised up to $10 million in a first round of institutional funding from Chevron and oilfield investor Intervale to refine its tech even further (the companies wouldn’t give a more exact figure).

Funding deals like this one always spark controversy between advocates of renewables and those who favor clean fossil fuels. Many in the first camp believe clean coal initiatives and the like are misplaced, arguing that renewables need all the resources they can get to become a reality on a commercial scale. Supporters of clean coal and oil strategies, on the other hand, assert that fossil fuels are so cheap and convenient that people will continue to rely on them for as long as possible anyway, so we should limit their damaging effects.

Operating on this last theory, Soane is busy testing its technology at different scales in Canada, where it is helping to clean up waste from oil extraction projects. The region is polluted with what the industry calls “tailings” — a waste mixture of water, sand, silt, clay and thick, oily bitumen that results from extraction. On average, nine or 10 barrels of tailings are produced for every barrel of oil, Soane says. Chevron, which is very active in the area — currently covered in kilometers of waste ponds — has long been working to reduce this byproduct, recycle the water it uses in the process and filter out contaminants.

Alewife, Mass.-based Soane has created proprietary polymers that, when added to ponds, consolidate waste particles into discrete, easily removable masses. The resulting solids can even be recycled to fill pits and build roads, the company says. The concept is still being proven, but if it’s feasible, it could make a big difference for regions pocked by oil extraction and toxic tailings ponds. Soane says its products will eventually be able to not only cut down on waste, but also the amount of water and energy needed for extraction, as well as CO2 emissions and maintenance costs.

A Boston Globe reporter saw the Soane process in action, reporting that a beaker of tailings was almost instantaneously divided into clear water and thick clay after the polymer was added. The same article says that the thick, clay substance is so natural that it can be used to replace top soil in eroded areas to restore plant growth.

For now, Canada is an ideal testing ground for Soane’s technology. The region it’s using in Alberta has the largest oil deposit in the world behind Saudi Arabia. And the company is also getting a boost from new policies out o the Energy Resources Conservation Board of Canada requiring oil companies to clean up their operations.