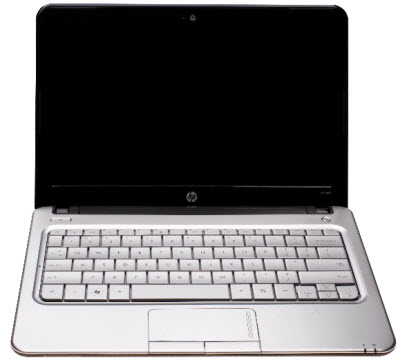 Hewlett-Packard is launching a bunch of new products today, but its new netbook will raise some eyebrows among those watching the fast-growing market.

The new HP Mini 311 will be a rare example of a major computer maker adopting Nvidia‘s Ion graphics platform, which uses a low-power graphics chip to deliver a better high-definition video experience. Netbooks are smaller than traditional laptops and are targeted at consumers who just want to read email and cruise the web.

To date, relatively few netbooks have shipped with good graphics technology. Last year, many of the machines were being returned because they couldn’t run a lot of web sites or much standard computer software such as games.

The $399 HP Mini 311 netbook has an 11.6-inch diagonal screen that delivers many of the capabilities of a full-size notebook computer. The device uses Intel’s low-power Atom microprocessor. The combination of the microprocessor and graphics will let users of this netbook play HD movies, video games and run video editing programs. It supports HD up to 1366 x 768 resolution. If you plug it into a monitor, it can support video up to 1080p HD resolution. The netbook comes with ArcSoft SimHD, which converts standard video to HD quality.

Nvidia says that 50 other Ion-based products are launching this year. It will be interesting to see if Ion truly takes off despite competition from Intel and others. If it does, it means that consumers are putting more value on graphics than most other things in their netbooks or mobile Internet devices.