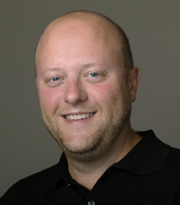 Google may be in talks to acquire video company Brightcove for $500-700 million, according to PBS’ Mark Glaser.

Cambridge, Massachusetts-based Brightcove, which gives media outlets and other businesses a platform for delivering online video, declined to comment.

Such an acquisition would give Google Brightcove’s technology plus its relationships with content providers from The New York Times to Universal Music Group, which it could use to push its YouTube property toward profitability. Brightcove CEO Jeremy Allaire (pictured above) was in San Francisco Bay Area last week to promote the company’s alliance of distribution and technology partners.

Brightcove has raised $91 million to date from investors including General Catalyst Partners and Accel Partners.