[The following story, by Amitabh Srivatsava, Microsoft’s vice president for Windows Azure, is part of a series of posts about cutting-edge areas of innovation. The series is sponsored by Microsoft. Microsoft authors will participate, as will VentureBeat writers and outside experts.] 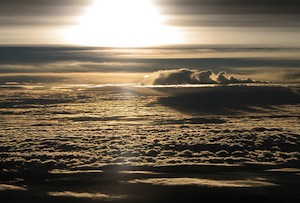 Cloud computing is democratizing the internet in the same way that personal computers democratized computing itself decades ago. With the greater efficiency and agility of the cloud, running internet-scale applications is now within the reach of any company. Just like the advent of the personal computer, the cloud is creating brand new opportunities and revolutionizing the way companies do business. Startups in particular are looking to the cloud as a way to get applications built and deployed faster, with no up-front costs.

With the cloud, customers are able to run applications at internet scale while simplifying their development and operations. Up-front expenses are eliminated because there’s no hardware to buy. Instead, customers use a pay-as-you-go model, and cloud providers can keep those costs low by automating management in the platform.

Another advantage of the cloud is agility. Companies can deploy applications quickly and scale them to meet changing demand. With a good developer experience, they can also reduce their time-to-market.

Amazon has built out this market with its Elastic Compute Cloud and other web services, and it’s been joined by other companies like Google and RackSpace. At Microsoft, my team has been building Windows Azure, and we’ve focused a great deal on giving developers a great experience building for the cloud.

With Windows Azure, developers use the tools they know. We provide samples and tooling based on .NET and Visual Studio, but we also enable development using other popular languages and components, such as PHP, Java, and MySQL. Once deployed, applications are easy to upgrade and scale seamlessly, keeping customers in control of their application.

Eduify, a startup based in San Francisco, is an example of a company taking advantage of the cloud to lower costs and increase agility. Eduify builds web services to help students conduct research faster, write better papers, and get help on demand. They launched their services in March 2009 and chose Windows Azure as a platform to help them get to market faster.

“We wanted a best-of-breed platform,” said Dan Merritts, Vice President of Marketing at Eduify. “Azure gave our developers a way to develop Eduify locally, on their own computers, rather than having to go back to the cloud for each step of development. We knew that would speed development.” 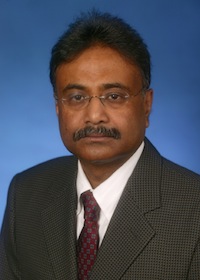 To help startups make use of the cloud, Windows Azure will be included in BizSpark, Microsoft’s program for software startups, which provides startups free software and support, as well as visibility within the investor community.

Windows Azure is available as a free preview now, and it launches commercially at Microsoft’s Professional Developer’s Conference in November. I encourage everyone to take a look at the resources at http://windowsazure.com and participate in our community technology preview.

Amitabh Srivastava is a Senior Vice President at Microsoft with responsibility for Windows Azure, the company’s new operating system for the cloud. He began working on the company’s services platform in November 2006, after playing a key role in shipping Windows Vista.