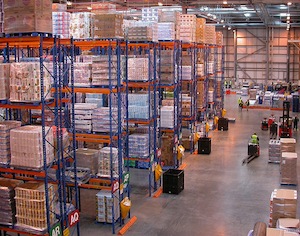 With today’s launch of Flash Platform Services for Distribution (yes, it’s a mouthful), Adobe hopes to become a one-stop shop for web developers. Not only will developers use Adobe technology to build their web applications, they’ll use Adobe services to distribute, promote, monitor, and make money from those apps too.

Adobe’s Flash Platform is already one of the most popular formats for delivering web content — Adrian Ludwig, group manager for the Flash Platform, says 80 percent of web video is delivered in Flash, as is 70 percent of online games. Still, he says, Flash developers still face some big obstacles: How do you promote your apps using viral distribution on social networks and other sites? How can you guarantee that a certain number of people will install your app? And how can you monitor whether people are actually using your application?

On the distribution side, Adobe is teaming up with Gigya, a startup that helps developers distribute their applications as widgets. Using the Adobe/Gigya service, developers will be able to add a “share” button to their app. When users click the button, they can install the app on more than 70 destinations, including social networks like Facebook and start pages like iGoogle, and let their friends know that they’re installing it. Even though those capabilities are already available through Gigya, Puneet Goel, product marketing manager for Flash Platform Services, says the partnership makes adding those sharing capabilities much easier for developers.

Users can also download the application to their desktop using Adobe’s AIR technology, or to their mobile phones. Adobe says it supports Windows Mobile and Symbian phones, as well as iPhones. But this doesn’t resolve the longstanding issues around bringing Flash to the iPhone — Flash developers who want their apps to work on the iPhone have to build a version specifically for that purpose, using the Objective C programming language.

Adobe has also created a way for developers to promote their applications — advertising in other apps. So when a user wants to install an app, they see an ad asking if they want to download another app too. Companies only pay for the ad if the app actually gets installed. On the flip side, this system provides a way for developers to make money by featuring these ads in their apps.

The final piece of the system is a Distribution Manager (shown below) that tracks not just how often an application is installed, but also how often it’s used. Adobe is clearly interested in improving its data services even further, since it’s paying $1.8 billion for analytics company Omniture.

“This has obvious strategic value in promoting the Flash Platform, and creates revenue [for Adobe] as well,” Goel says. That revenue will come from the ad system and (when it leaves beta testing) the mobile download feature. 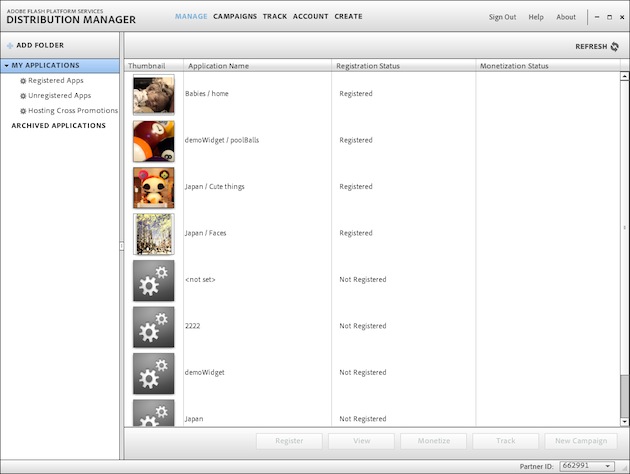