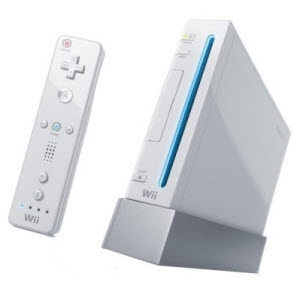 Rumors of a Nintendo Wii price cut have been swirling since Microsoft and Sony cut the prices on their game consoles in September and August.

Now Nintendo has finally confirmed that it is cutting the price of the Wii from $249 to $199. It took a while to react, but Nintendo hasn’t been under much pressure to match its rivals. The price cut is effective Sept. 27.

That’s because of the enormous popularity of the Wii. In any given month in the past, Nintendo could count on selling twice as many Wiis as its rivals combined. That’s why the company kept the price of the Wii at $249 since its introduction of the new hardware in the fall of 2006. That’s an unprecedented length of time for no hardware price cut.

But Nintendo played the strategy right. While Sony’s PlayStation 3 came out at the outrageous price of $599 in 2006, and the Xbox 360 debuted at $399 in 2005, Nintendo priced its Wii console much more affordably. It already had its hooks in the mass market audience from the get go, while the others played the game of cutting prices over time until the mass market could afford them. Now that the PS 3 Slim and the Xbox 360 are priced at $299 each and they’re starting to stir up better hardware sales, Nintendo is reacting.

Nintendo has also had to pay attention to sales this year. The Wii’s sales have flattened, and for six months now, Wii sales have not beaten year ago sales. Lots of consumers have been waiting for Nintendo to make a move. But it seemed like Nintendo was milking profits due to the Wii’s popularity. That’s a dangerous game to play, but it’s good to see that Nintendo is interesting in pumping new life into the recession-stagnated console video game market.